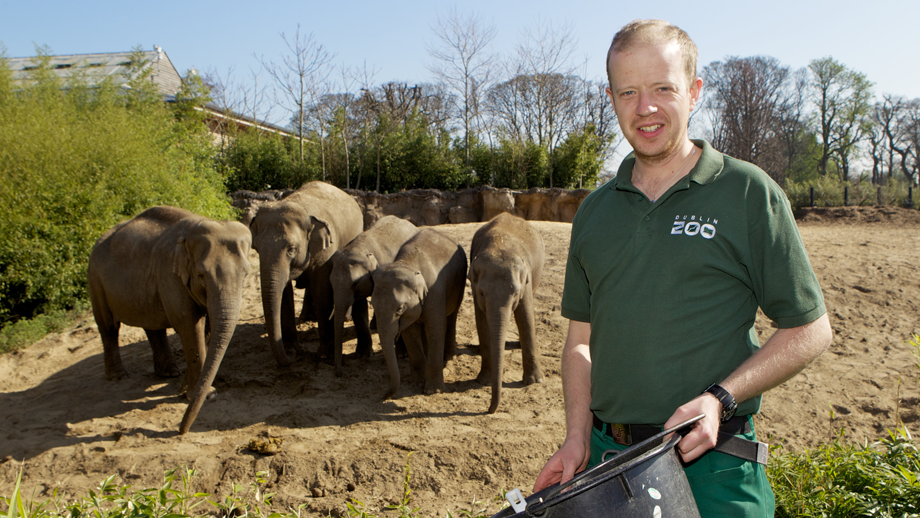 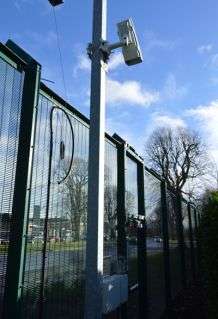 Located in Phoenix Park in the heart of the city, Dublin Zoo is Ireland’s most popular family attraction, welcoming over one million visitors each year. Dublin Zoo has a world-leading reputation for animal welfare and behaviour studies. As one of the world’s oldest and most popular zoos, the 28 hectare park is home to some 400 animals in a safe environment, where education and conservation combine for an exciting and unforgettable experience.

Dublin Zoo leads the way in the use of cameras for observing the habits of animals, often providing video recordings and sharing live views with animal experts around the world. So much so that Dublin Zoo’s Operations Manager, Gerry Creighton, regularly ru

Senior Zookeeper at Dublin Zoo, Brendan Walsh, recently completed a three-year study of the zoo’s eight elephants using the Axis cameras to better understand their sleep patterns and night-time behaviours. Brendan’s findings have provided new knowledge in this area: “Through intensive study of images gathered by the Axis cameras in the bull and cow elephant houses, we learnt a great deal about the varied sleeping patterns of elephants at different ages. We now know that, on average, they sleep about four hours per night. They get this sleep in chunks, which generally get longer as they get older. For example, a young elephant will wake up more than 20 times per night, but older ones may only rise four times a night.” All this and much more was learnt through Brendan’s study of video recordings over 701 nights between July 2012 and July 2015. The results of the study are set to be published in the near future.

Sharing video with experts around the world

Dublin Zoo has deployed an AXIS M1144-L in the elephant training area, where animals are taught to do a variety of activities, including presenting their feet for a routine pedicure. Recordings from the training area are sent weekly to Alan Roocroft, a worldrenowned expert in elephant behaviour based in San Diego, California.

Alan reviews recordings of these training sessions and informs Dublin Zoo of any potential issues, all without the expense of flying him over to gain these insights. Veterinary consultants can also be sent these recordings if keepers have any worries about the animals they are looking after. Through in-depth study of recordings of the zoo’s elephant training sessions, the zoo is able to build up an accurate picture of individual and group animal behaviours. The new camera system’s recordings offer clear evidence of certain behaviour, which can be easily shared with the animal welfare and conservation communities around the world. 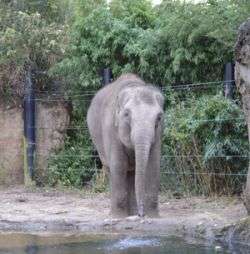 Keepers want to minimise disruption when animals are moved as result of animal sharing arrangements between zoos, often linked to breeding programmes to protect numbers of endangered species. To support this requirement, Dublin Zoo uses remote study of video evidence to gain a better understanding of which animals can be moved without upsetting the overall group dynamics. Gerry Creighton at Dublin Zoo said, “We use the video recordings to identify micro groups within a herd. Based on this knowledge, we identify which animals to move to minimise stress involved in animal moves. The camera doesn’t lie. We can study vital stages like the introduction of a new bull (male) elephant into a group of cow (female) elephants. We can establish who is sleeping close to who at night and spot any unhealthy behaviours, changing routines to break bad habits and optimise use of space by the animals.”

The cameras have also been used to carry out locomotion studies to ensure animals are getting enough exercise. Recent studies showed that Dublin Zoo’s bull elephant was walking 15 miles per day, which is as much exercise as they naturally get in the wild. Any shortfalls can be acted on by moving feeding stations or making other layout changes.

On the use of the cameras for viewing three healthy elephant births over the last year, Gerry Creighton adds, “Everybody wants be part of the birthing process, but a natural birth requires no human intervention in the wild and this is the way it should be. When the elephant calves were being born, we could use the Axis camera and microphone system to zoom in to see and hear the heartbeat of the calves, for example. It’s great stuff. We can even share vital live and recorded video with keepers around the world.” 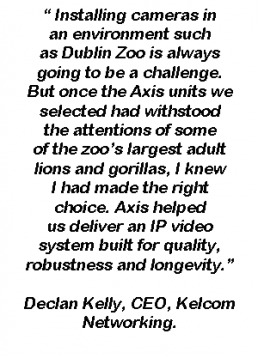 Cameras also act as a great deterrent against inappropriate feeding of animals by visitors, as well as deterring and preventing theft or injury of animals. Axis IR cameras are also used to manage wild badger and otter incursions. Ostrich eggs were being taken and eaten by badgers, while otters were a threat to flamingos during the night. Zoo keepers were able to view these overnight activities via the IR cameras and then set up humane traps to catch these badgers, before relocating them in the park land outside the secure outer perimeter of the zoo itself.

Irish national television channel RTÉ has an annual series called The Zoo, focused on activity at Dublin Zoo, which has been running for the last six years. The series production team sometimes use video from the Axis cameras, broadcasting recordings of elephant, lion, tiger and gorilla births over recent years. This has helped Dublin Zoo increase its visitor numbers substantially.

The zoo also wanted to use live camera views to increase visitor numbers to the zoo’s website. Other Axis cameras were to be deployed to tighten perimeter security. Four Axis cameras offer real-time viewing of the elephants, penguins and wolves, as well as the zebra, ostrich and giraffe herds that live on the African Savanna, all via the zoo’s official website. An AXIS P1214-E HDTV Network Camera is being trialled for use as a fifth camera. It will provide live views of the orangutans feeding in the zoo’s new orangutan forest.

AXIS M7014 Video Encoders were also used to bring 16 analog cameras onto the network. The zoo’s security provision has been bolstered by the addition of a further 65 Axis cameras covering pedestrian and vehicular gates and paths. Axis cameras are also deployed in the zoo’s retail outlets for loss prevention.

The zoo’s operations manager, and 12 of the 44 keepers employed at the zoo, are able to access images via smart phones around the clock if they want to keep an eye on the animals that are under their charge overnight.