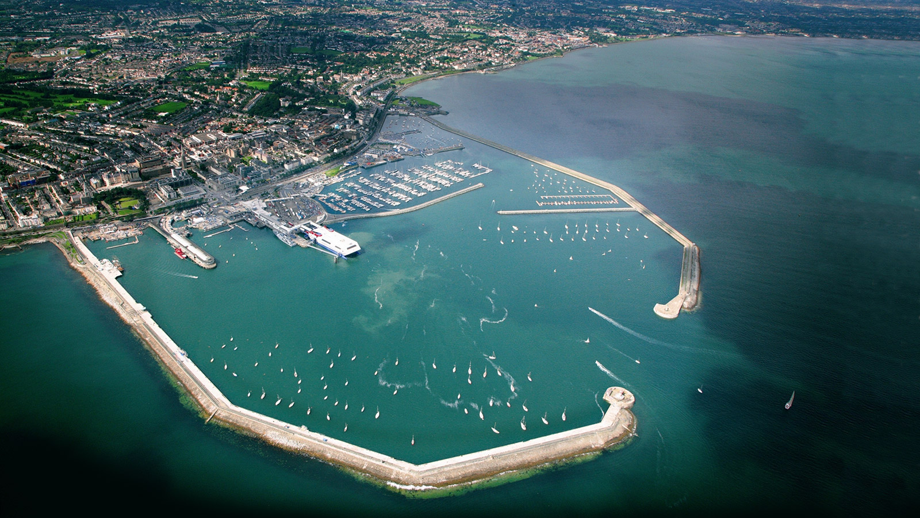 Lying 12 kilometres south of Dublin City Centre, Dún Laoghaire is widely recognised as having one of the finest man-made harbours in the world. The harbour itself consists of two huge granite piers. The East Pier is one mile long, the West Pier even longer, and together they enclose more than 100 hectares of terminal buildings, car and lorry parks, commercial piers, and leisure craft marinas. Having been the major gateway to England for goods and people for 200 years, it is also now on track to becoming Ireland’s major marine, leisure and tourism destination having received significant investment to extend its recreational and amenity value. Keeping this huge area safe for all visitors is a major undertaking and Hikvision cameras and hybrid recorders have recently been added to make sure this happens.

Overcoming the challenge of existing infrastructure and low visibility

The harbour complex is managed by the Dún Laoghaire Harbour Company (DLHC) and it has been a user of CCTV for many years. The coax-cable analogue system betrays its age by concentrating heavily on the ferry terminal and the immediate surroundings – the harbour’s raison d’etre throughout the twentieth century. However, even a once busy ferry operation takes up just a relatively small part of the massive harbour. With the East and West Piers separated by more than a kilometre at their mainland ends and extending far out into the Irish Sea, there is a large area contained by the two piers that has become a bustling hub of activity. It is now home to many marine activity-based businesses ranging from a Powerboat School to Yacht clubs and a Scuba Diving centre and a very large and still growing Marina complex for private leisure craft of all sizes. And, around the older ferry terminal, the new activities have given rise to a new generation of restaurants, car parks and other leisure businesses.

DLHC became increasingly concerned that the existing analogue CCTV infrastructure was only giving them a good overview of an increasingly marginal resource – the ferry terminal – and not providing an adequate level of surveillance of the new activities. What was clear was that the existing system incapable of keeping up with the increasing pressures of the site and Cork-based Hikvision distributor Mercury SD was called in to advise on upgrading the entire system.

“Providing effective surveillance throughout Dun Laoghaire Harbour was a challenging prospect,” says Kevin O’Connell, System Designer at Mercury SD. “The landside of the harbour is an increasingly busy and crowded area, the older ferry terminal now surrounded by a large number of newer tourist hotspots and commercial areas, and then we also had to consider the explosion of water moorings and activities that the old system was never designed to accommodate. The whole focus of the CCTV surveillance system had to change into one that encompassed the whole harbour complex.

“The harbour is also highly prone to extremely variable weather conditions, including frequent occurrences of high winds, severe rain and fog. Visibility can go from clear to poor in minutes and this means any new CCTV system that has a remit to concentrate its surveillance on the exposed harbour walls and marina complex should be capable of coping with the worst of these environmental extremes while continuing to deliver clear images.

“Finally, DLHC were keen to retain the existing analogue system if possible whilst extending the reach of the CCTV system to the entire 100 hectare site.”

Kevin O’Connell and other members of the design team at Mercury SD made three site visits to the harbour before proposing their detailed scheme for a hybrid solution.

The new plan retained all the existing coax cable that was laid within the harbour and concentrated the existing analogue cameras to cover the ferry terminal and its immediate surroundings. Some of the new Hikvision IP cameras were then added to the coax cabling using IP over Coax transceivers while the IP cameras intended to greatly extend the reach and scope of the surveillance to the more far-flung reaches of the harbour were linked in using Ubiquiti wireless links. All the cameras link back to the pair of Hikvision hybrid recorders located in the harbour office near the ferry terminal, from where a PTZ camera in the lighthouse is controlled.

“All the new cameras offer Hikvision’s SMART imaging and detection, most prominently the Smart Defog and Smart IR features,” explains Kevin. “These technologies in particular were a huge selling point for the new solution, overcoming the problems that burdened the old CCTV system when the harbour was beset by the unpredictable weather, even though most of the analogue cameras were indoors.”

The Smart Defog and Smart IR features help improve the clarity of images. Smart Defog modifies the image correction algorithm to improve the whole image’s visibility and clarity in poor weather conditions, such as rain or severe fog. Smart IR addresses the common problem of over-exposure of IR LEDs at the centre of images, automatically adjusting the IR strength to improve visibility.

All except one of the new Hikvision cameras were enclosed in a marine grade housing; being DS-2CD4012F 1.3 megapixel SMART IPC units along with DS-2CD4032F-A 3 megapixel pieces. The Hikvision DS-2DF7284-A Network IR Speed Dome Camera was installed at the lighthouse as part of the new upgrade. Regularly used in busy areas such as stations, airports, railways and commercial centres, it oversees some of the busiest parts of the harbour and is a core CCTV feed for the harbour team. This PTZ camera provides 360°surveillance through its endless high-speed panning capability, offers a large 20x optical zoom capability to detect the smallest details and combines this with an IR range of up to 120 metres. The camera can also be shared by the emergency sea rescue services in the event of an incident in close proximity.

“At the centre of the new surveillance solution are Hikvision DS-9016HFI-ST 16/16 Hybrid Recorders, which enabled us to retain the majority of the older analogue cameras while adding in the Hikvision IP units,” adds Kevin. “The DS-9016HFI-ST features H.264 video compression, a recording resolution of up to 5 megapixels, 16 channel synchronous playback, and also HDMI and VGA output at up to 1080p, alongside a storage capacity of up to 12TB.”

The installation of the new surveillance solution has proved an immediate success. Tim Ryan, Harbour Manager at Dun Laoghaire says, “The Hikvision system specified has exceeded our initial expectations. We use the system 24 hours a day to monitor the inner harbour area, consisting of car parks, walkways, buildings, busy junctions and ship berthing areas. We have been able to provide An Garda Siochana  with evidence for a number of incidents that have occurred since the installation. In each case the coverage and quality of footage was of a high standard. The DS-2DF7284-A PTZ camera installed at our East Pier Lighthouse has proven beneficial in assisting with Search and Rescue and has the capability to be utilised by the local Coast Guard unit to monitor and record an incident on land or sea. Our recording equipment allows us to archive footage for approximately sixty days, which is also hugely beneficial to us.”