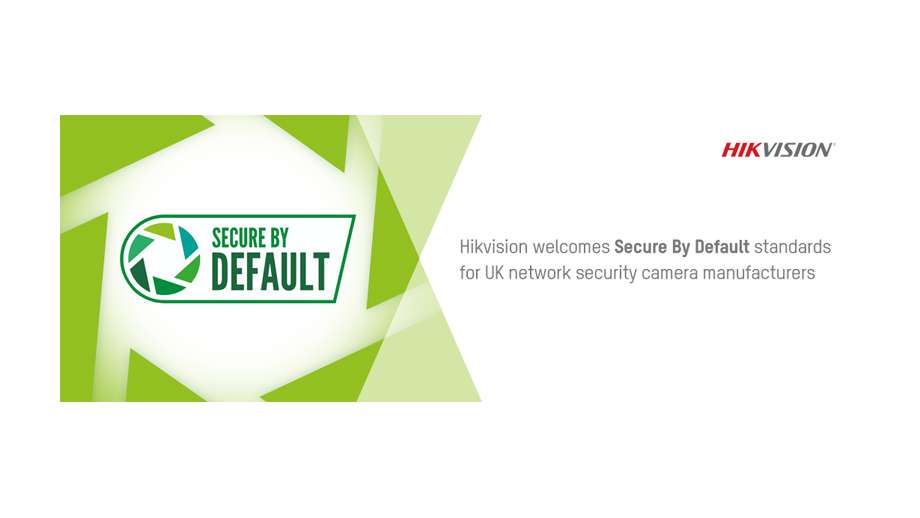 Hikvision UK & Ireland has welcomed the forthcoming introduction of ‘Secure by Default’ standards, which will for the first time provide a guarantee for users that network video security products are as secure as possible in their default settings out of the box. The Secure by Default standard is expected to be launched by UK Surveillance Camera Commissioner Tony Porter on June 20 at IFSEC International, as part of the first ever National Surveillance Camera day.

According to the security consultant lead, Mike Gillespie, the concept behind the new set of standards is that network video products will ship to installers in the most hardened, cyber-security-optimal form possible, with default settings which provide minimal vulnerabilities on first use.

“The Surveillance Camera Commissioner will outline the initial self-certification process at IFSEC International on June 20,” he said. “Going forward we expect that higher levels of product cyber security will be introduced, including different grades such as we have seen in the intruder alarm market, and these would likely require third-party certification.”

“This is just the beginning in terms of default network video security standards,” Harmer said. “We will continue to collaborate across the security industry and beyond to support the development of increasing standards and further security levels for all.”

Hikvision’s commitment to the integrity of its products and industry-leading cybersecurity standards has been evident with a variety of notable international achievements in recent times. These include:

–        FIRST: member of Forum of Incident Response and Security Teams

Gary Harmer said the Secure by Default scheme is a further positive step forward for the industry, one which Hikvision fully supports. “The process of developing these standards has been one of open collaboration between companies across the network video security industry,” he said. “It’s a truly positive and genuine initiative geared towards creating a more secure environment for all stakeholders in the network security ecosystem.”