How can body-worn cameras help to deter violence and intimidation in retail? 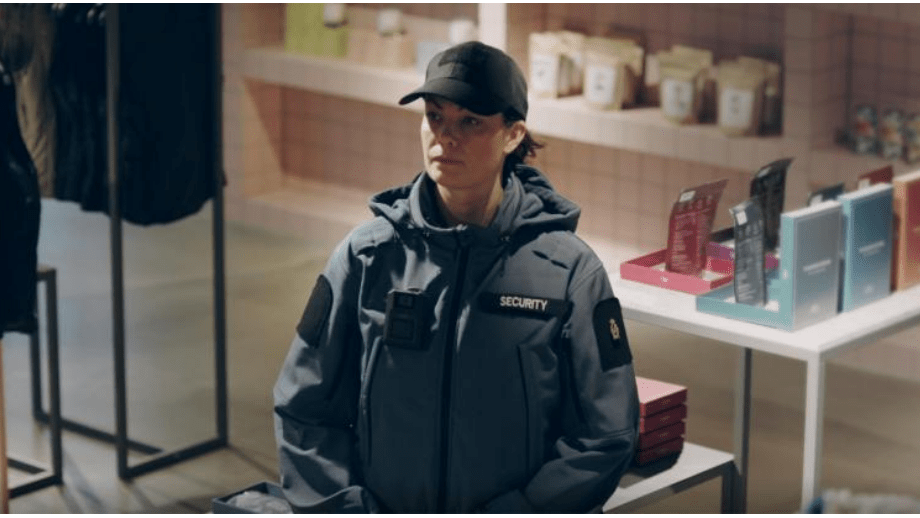 Axis’ Graham Swallow discusses the use of body-worn cameras as part of a holistic approach to deter escalating violence and intimidation in retail.

Surveillance cameras, access control mechanisms and network audio systems all play a key role in modern retail. Together, they help create an environment that is safer by virtue of evidence potentially leading to criminal capture and prosecution, and by the presence of such systems serving to deter unacceptable behaviour and criminal acts.

However, violence, abuse and anti-social behaviour are still on the increase. Every day over 400 retail staff are attacked, threatened or abused at work. Over 150,000 instances were reported in 2019 and this number has increased, representing a growing concern.

According to Co-op, such behaviour has become ‘normalised’ and been allowed to spiral to unprecedented levels during the Covid-19 pandemic. Retail associations are joining forces to lobby government to change the law and make violence against shopworkers a more serious crime with better police powers to address it, which will make a huge difference. However, this won’t be enough on its own as there will always be situations where evidence is disputed. For this reason, more and more retailers are looking for a solution that will help them address criminal behaviour at the point at which it occurs, empowering staff and making them feel more secure. This is where body-worn camera technology comes to the fore, capturing evidence from the first-person perspective.

The global body-worn camera market is growing rapidly. Though commonly used by law enforcement and private security companies, body-worn is increasingly seeing wider application across a range of industries. Beyond retail, where it is becoming more commonplace, it is making a difference within healthcare, on public transport and within many public service roles. Body-worn cameras combine the latest modern network camera technology in a high-quality, wearable solution that can capture video and audio on the move. This technology has obvious benefits wherever the management of people and protection of property is a key focus.

Within a retail store environment, security and operations teams regularly deal with any number of security-related issues, ranging from theft to violence and aggression against staff or other customers. Body-worn cameras can help teams capture vital evidence that can aid in the management of ‘flashpoint’ situations; those that are more likely to turn volatile, such as managing complaints, prolonged queuing and customer service areas. In addition, any situation where the retailer has a legal obligation to ask questions, for example, to ensure compliance with the law when selling age-related and situation-controlled products, such as alcohol, tobacco or certain medication, has potential to turn volatile. Here, the presence of body-worn technology can actually help deter aggression, making people think twice before engaging in anti-social behaviour towards store staff.

Body-worn cameras are one component in an overarching security solution, providing situational awareness after the fact. This is the type of evidence that can help the police identify the perpetrators of crime more quickly; having rapid access to recorded video is essential while still applying the rigorous requirements of the GDPR and encryption that makes such evidence safe for use in court proceedings.

Body-worn camera technology can also play an important role in health and safety within the retail environment. First Aid operatives, equipped with a body-worn camera can capture accurate evidence from the scene of any incident. This could be of great benefit to emergency services personnel who can receive an eye-witness account backed with video evidence if required. Built-in fall detection capabilities provide automatic recording in the event of an incident that might cause the operative to lose footing and place them at risk. Access to up to 90 seconds of buffered memory, allows retrieval of video from before recording was initiated, helping to establish the cause of the fall and providing valuable hindsight that may help to evidence an assault or defend against a claim, while enabling the business to learn from each scenario.

For everyday shoppers, the presence of body-worn cameras has very little impact on their experience except where it improves store safety. But, to the perpetrator of violence and intimidation, the camera represents a risk of being captured and brought to justice for their behaviour. Organisations should therefore consider what training will need to be put in place. De-escalation techniques and the use of appropriate language and clear policies on how to deal with inappropriate behaviour are valuable, if not essential, to keep shop workers safe and out of harm’s way. Rather than utilising the technology to simply document a crime or assault, it’s generally agreed that it is far better to prevent it from happening in the first place. Training should also cover where and when an operative should push the record button, helping to document accurate evidence and insight that maximises the capabilities of the technology.

Innovating for a safer future in retail

The Axis body-worn camera will operate on a single battery for over 12 hours, covering operatives for an entire shift without having to worry about recharging or swapping batteries, just when you need the device to be recording. The devices are highly secure so that video footage cannot be tampered with, presenting unbiased evidence of any incident and the actions of all parties involved. Secure connectivity enables video to be presented in encrypted form to police or any legal entity. A smart phone app allows recorded data about an incident to be retrieved quickly and securely for forensic review without returning to base. Understandably, there are concerns around how body-worn cameras, or any other type of surveillance camera, might impact on customer privacy, so processes such as face redaction and masking can be enabled to remove or obscure the identity of bystanders before footage of any incident is used for legal proceedings or training.

The presence of body-worn technology can be a powerful deterrent against criminal activity and aggression while making the consumer feel at ease and the wearer of the camera more confident in their role. Any technology that has the potential to reduce violence towards shopkeepers and retail staff, while supporting in the struggle against rising crime, is a great example of innovation for a smarter, safer world. 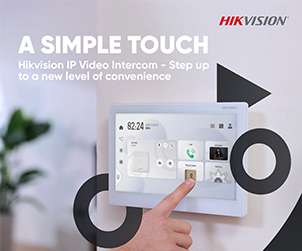