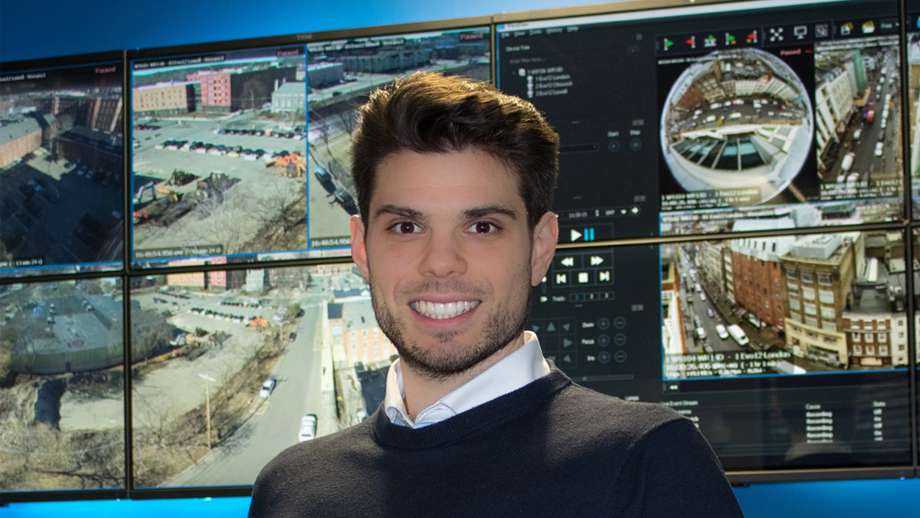 In a challenging economic climate and with end-users understandably demanding maximum ROI from their investment in video surveillance systems, it might be time for installers to take a closer look at how 360° cameras could give them a competitive edge

Simply put, 360° fisheye lens cameras are able to reduce the cost of video surveillance in many situations as they can be used to monitor very wide or large areas. Cost savings are achieved by significantly reducing the number of cameras needed for video surveillance projects in environments such as airports, hospitals, large office reception areas, retail and public spaces. In addition to a reduction in capital costs, they are straightforward to install and commission. With no moving parts, 360°cameras also offer further cost savings in terms of maintenance.

Even when fixed cameras are carefully installed, blind areas may still occur which in a retail environment, for example, shoplifters will be keen to exploit. Whilst Pan, Tilt and Zoom (PTZ) cameras will help negate this problem, they cannot provide a simultaneous uninterrupted recording of all events, with the risk they may not be pointing at where an incident is taking place. A 360°camera is able to exceed the capabilities of a PTZ camera by recording activity over a wide area and in every direction at the same time.

There is certainly no shortage of manufacturers of 360° cameras. Axis, Hanwha Techwin, Hikvision, Vivotek, Mobotix and Oncam are just a few of the well-known names who produce high definition models, some of which are capable of capturing images at resolutions of 4K and beyond, as well as 360° lens manufacturers such as Immersion. These allow you to zoom in to see close up detail of any incidents or suspicious activity without any pixilation in the images, further underscoring the ability of 360° cameras to do the job of several standard cameras.

As you would expect, all these manufacturers provide software which enables the 360° images captured by their cameras to be de-warped into various standard formats. It is worth noting that this could be an issue if you wish to mix and match cameras from different manufacturers when designing an integrated video surveillance solution, as the de-warping software from one manufacturer may not support all camera types.

Advances in technology has come to the rescue in the form of Video Management Software (VMS) developed by manufacturers such as Wavestore, who offer open platform video management solutions. The software de-warps the fisheye images captured by any 360°cameras and provides the option for them to be monitored alongside video from other types of cameras in a multi-image display. An added bonus is that the images can be utilised by various client-side analytics, e.g. heatmapping and people counting.

The software allows operators to effortlessly ‘move’ throughout the 360°images either with a conventional joystick or a 3-axis mouse or it can be set to pan like a continual PTZ. Most importantly whatever the operator does, the original 360°images captured are stored unaltered so that specific video data can, if required, be presented and verified in a court of law.

A powerful feature of this ‘camera agnostic’ de-warping solution is the ability to create a unique video clip of a person or moving object. Operators can access the video data archive and select/record the actions of an individual by following them with the PTZ function and then saving the video clip. This action can be repeated any number of times to extract and save the evidence of simple or complex events.

With the cost of 360° cameras falling and with proven de-warping software readily available, the time might now be right to consider them as a cost-effective option for most video surveillance projects. 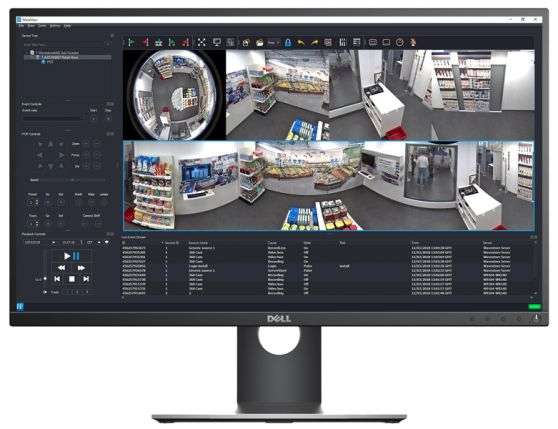