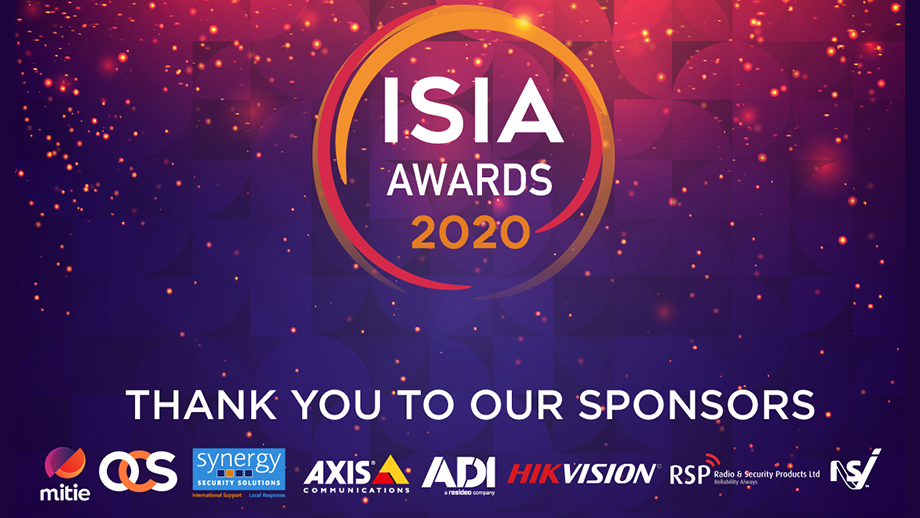 The ISIA Awards 2020 were held online earlier this month on the 4th December 2020.  As always, the ISIA Awards provided the association to celebrate outstanding performance in the industry.  The ISIA celebrated the following individuals and companies in the following categories:

Electronic Security Technician of the Year sponsored by ADI – The overall winner of this category was Ciaran O’Connor of Bidvest Noonan.  The following individuals were recognised with merit awards:

Security Officer of the Year sponsored by NSI – The overall winner of this category was William Peoples of mitie.  The following individuals were recognised with merit awards:

ISIA Innovation in Security sponsored by Axis Communications – The winner of the award for innovation in security was OCS One Complete Solution.  The other finalists in this category were D15 Locksmiths and Provincial.

Electronic Security Supervisor of the Year sponsored by Hikvision – The winner of this category was Niall Farrell of TDS.  Craig Nugent of Convergint Technologies was also recognised with a merit award.

Security Supervisor of the Year sponsored by RSP – The overall winner of this category was Tomas Mazrimas of Bidvest Noonan.  The following individuals were recognised with merit awards:

Client Service Award – The winner of the ISIA Client Service award was OCS One Complete Solution.  The other finalist in this category were Bidvest Noonan and mitie.

The Courage Award is presented to an individual, group or organisation who has clearly demonstrated extraordinary acts of courage, physical valor, social services or humanitarian deeds.

This year the Irish Security Industry Association (ISIA) recognised ALONE and all its volunteers. 2020 has been challenging for all of us, but some people in our society undeniably experienced greater isolation than others. The work that ALONE does is designed to support those who are most isolated and there was never a time when that became more crucial than this year. When most of us were putting our own needs and the needs of our families first, when we were focused on protecting ourselves from COVID-19, ALONE and its volunteers had the courage to put others first. This ensured that the needs of those experiencing isolation had support. They made sure that they were not alone.

Since 1985 the Paul Lynch Memorial Trophy has been awarded to an individual or group in recognition of a major contribution to the safety or security of the island of Ireland and her people. The award is a specially commissioned sculpture depicting a pair of clasped hands, which symbolize caring, strength and protection. It is presented in honour of Paul Lynch who died suddenly at the age of 38 during his term as President of the Irish Security Industry Association (ISIA).

The organisation was founded by a group of Trinity and UCD students in 1969, who began by providing much-needed soup and sandwiches to people who were sleeping rough in Dublin city centre. The Simon Communities in Ireland marked 50 years of working with homeless people last year. They can now be found in every county in Ireland. During their more than 50 years in existence they have adapted their services to meet the needs of those who require their help, working tirelessly to help those impacted by homelessness and to prevent those at risk of becoming homeless.