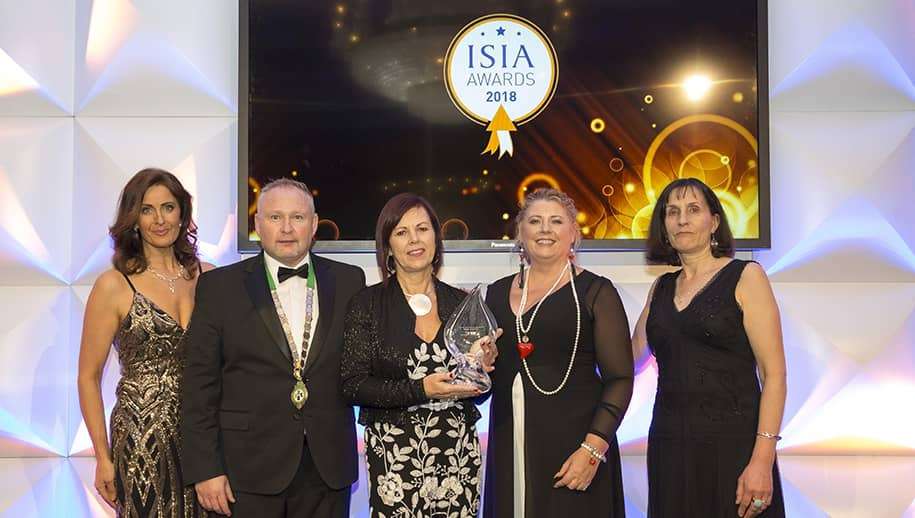 The Irish Security Industry Association (ISIA) hosted the ISIA Awards on Saturday 24th of November at the Powerscourt Hotel. The awards were attended by over 250 guests made up of senior management from the private security industry and other sectors.  Also, in attendance were members of the Private Security Authority and An Garda Síochána. The MC on the night was Alison Comyn.

As pointed out by ISIA President, Michael McQuillan “The ISIA awards is an opportunity for us all to celebrate and encourage excellence and high standards”. There were ten awards presented on the night. 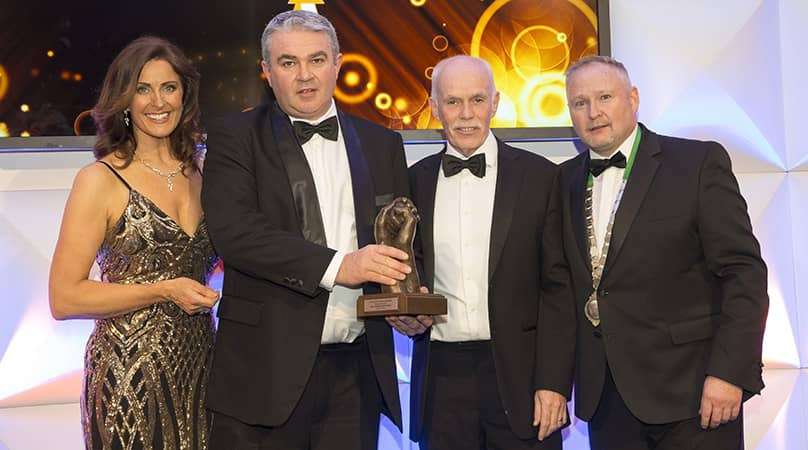 The Premier Award, sponsored by NOONAN, was this year bestowed upon Irish Community Rapid Response, a charity delivering professional pre-hospital A&E care directly to the site of emergencies throughout Ireland. Michael McQuillan, President of the ISIA pointed out, “we hope to never find ourselves in need of urgent medical care at the site of an emergency, but we are grateful that such a critical voluntary service is being provided across Ireland”. The award was accepted on the night by John Kearney, CEO of Irish Community Rapid Response. 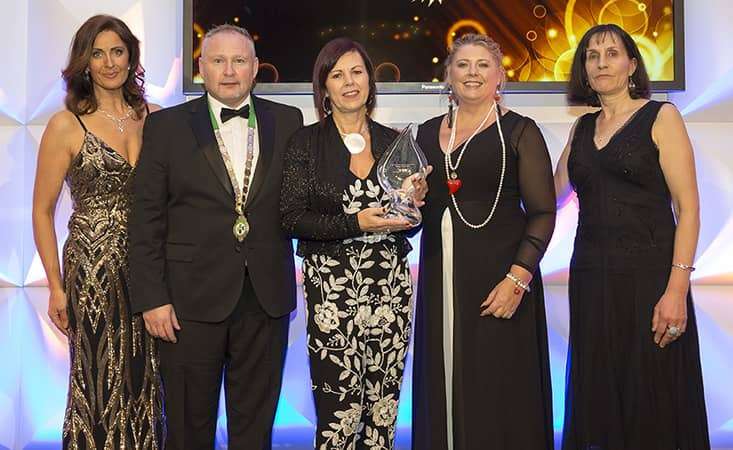 This year the ISIA’s Council of Management chose to recognise the true courage that has been demonstrated by Vicky Phelan with the ISIA’s National Courage Award. They felt that the courage and selflessness that had been displayed by her is a true gift to women across Ireland. “We wish Vicky hadn’t been put in a position to show such courage and perseverance to ensure accountability, change and better options for women, but we are grateful to her”.  Vicky Phelan was unable to attend on the night but in a video message she sent to the ISIA she conveyed her appreciation for the award and how all she has done was not to receive accolades, but “to do the right thing’. She went on to convey that receiving awards cemented that it has been the right thing and said, “that’s why I am still here campaigning for change, for women’s health…and to make Ireland a safer place for my daughter”.

Security Officer of the Year 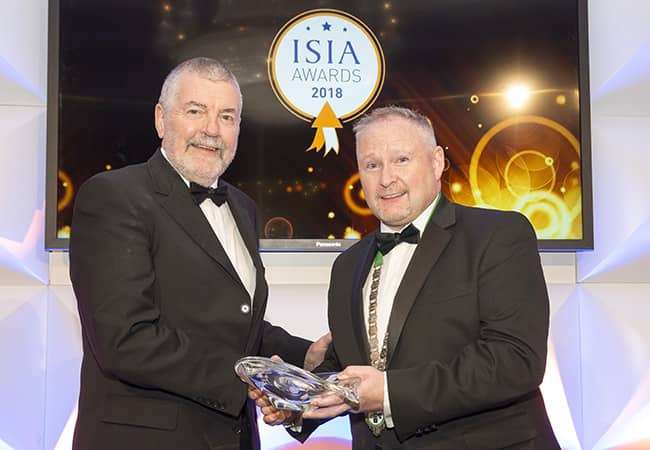 The award for Security Officer of the Year was presented to Sean O’Sullivan of NOONAN.  O’Sullivan was presented with this award for the exceptional service and outstanding contribution he makes as a Security Officer at Liffey Valley Shopping Centre. There were also three merit award recipients on the night; Mark Dawnay, G4S Secure Solutions; Dermot Holden, G4S Secure Solutions; and Muhammad Shafa, OCS Ireland.

Security Supervisor of the Year 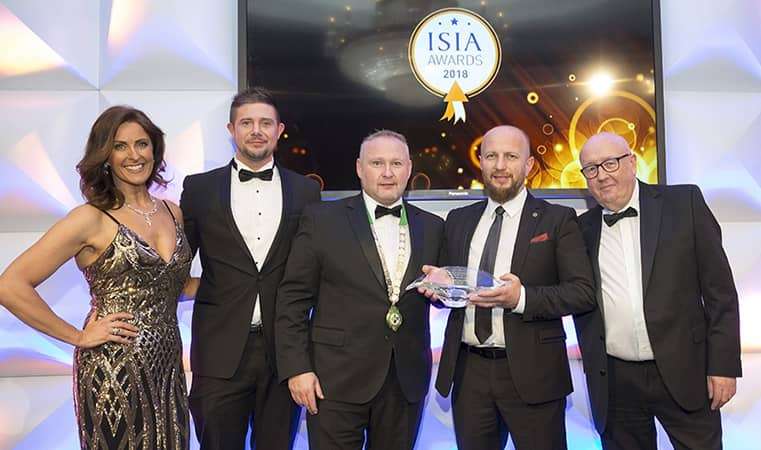 The award for Security Supervisor of the Year was presented to Antonie Vasile, OCS Ireland, for the outstanding work he carries out at United Drug where he has worked for the past ten years. There were three merit award recipients on the night; Bill Doyle, MITIE; Gerard McKenna, NOONAN and Eddie O’Brien, G4S Secure Solutions. This award was sponsored by RSP Radio & Security Products and Hytera.

ISIA Locksmith of the Year 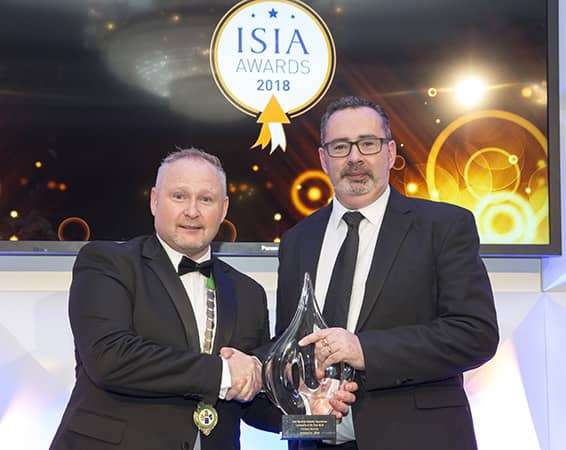 With a focus on customer service, quality and expertise, the winner of this award is selected through the assessment of a case study submission combined with responses submitted through an online customer survey. There were three finalists; Crothers Security, Locksmiths.ie and Williams Locksmith. The overall winner of this year’s ISIA Locksmith of the Year award was Crothers Security.

ISIA SÓLÁS Apprentice of the Year 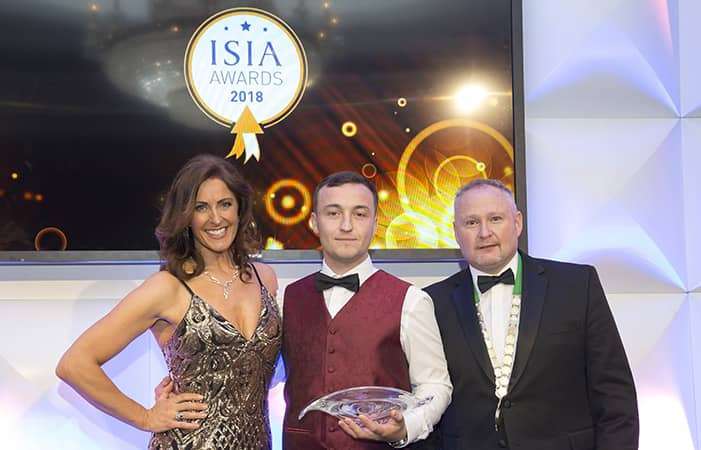 The winner of this year’s award was Daron Reynolds, Stanley Security Ireland, who served as an exceptional example as an Electronic Security Apprentice and what the future talent pool in private security has to offer. There were also four merit awards presented on the night to Jonathan Bryan, Stanley Security Ireland; Killian Lynch, MC Security Solutions; Colm McCann, Evolution (Electronic Security Systems) Ireland and Laurence Redmond, Action 24.

Electronic Security Technician of the Year 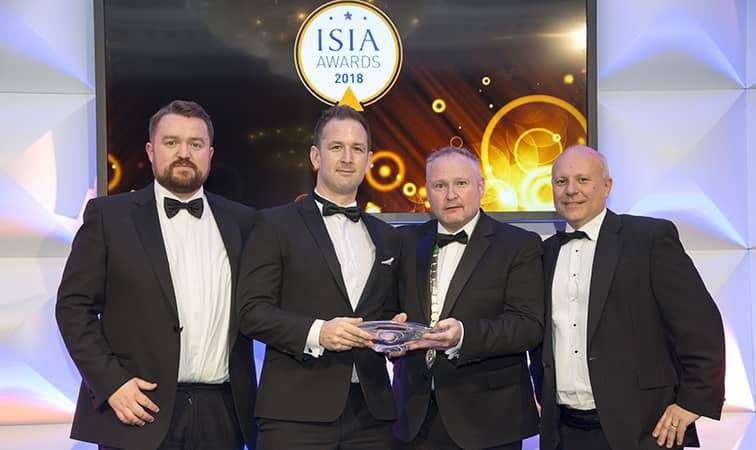 The award for Electronic Security Technician of the Year, sponsored by CONXTD and CSL, was presented to Gary O’Brien of TDS who works with a variety of their key clients across a range of sectors.  There were five merit award recipients on the night; Michael Ahern, NOONAN; Niall Farrell, TDS; Brian Gallagher; Evolution (Electronic Security Systems) Ireland; David Halpin, Action 24 and James O’Connell, TDS.

Electronic Security Supervisor of the Year 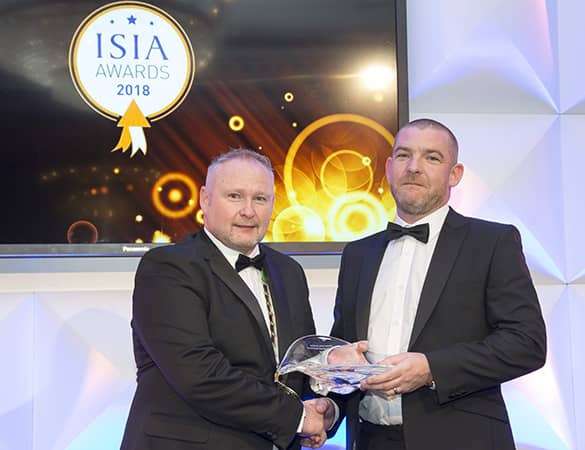 The award for Electronic Security Supervisor of the Year was presented to Ken Moran, NOONAN, for the exceptional work he is carrying out as a supervisor, managing a variety of client relationships across their electronic security services. There were three merit award recipients on the night; Anthony Barrett, McElwaine Security Services; John O’Brien, TDS and Damien O’Hara, Action 24. 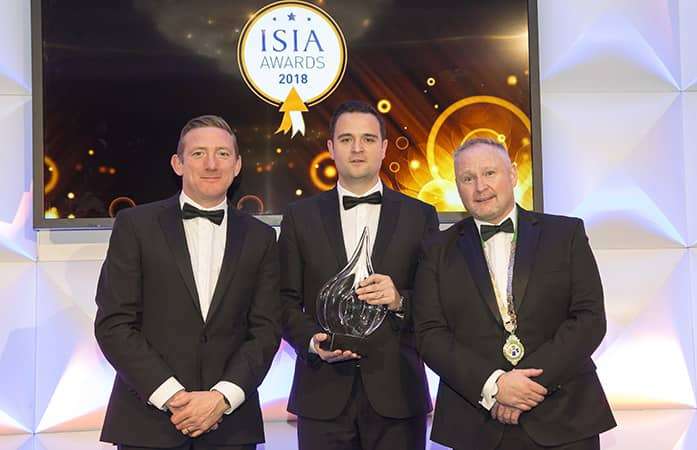 There were four finalists selected for this award; Action 24, Convergint Technologies, Evolution (Electronic Security Systems) Ireland, and TDS. The award was sponsored by Axis Communications and the winner was TDS. Through their submission, based on the development of TDS Beacon, and through further assessment it was evident that they are a true example of innovation in security with a culture that allows innovation to flourish. 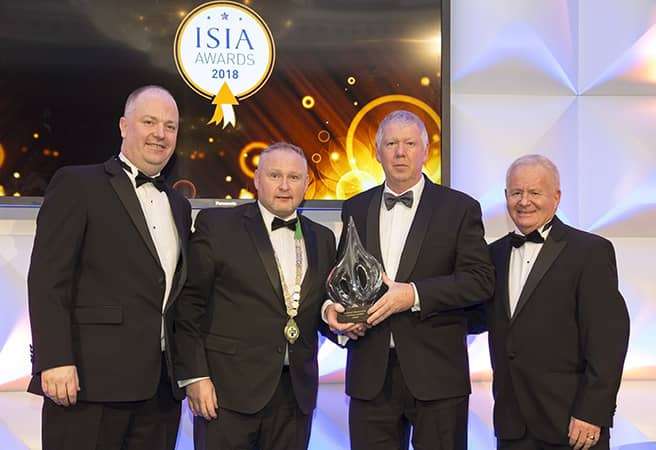 There were four finalists selected for this award, Evolution (Electronic Security Services) Ireland, G4S Cash Solutions Ireland, G4S Secure Solutions and NOONAN.  This award enables the ISIA to recognise member companies who are delivering exceptional service to their client base. The winner of this year’s award was NOONAN selected for the delivery of their security service to Dundrum Town Centre. 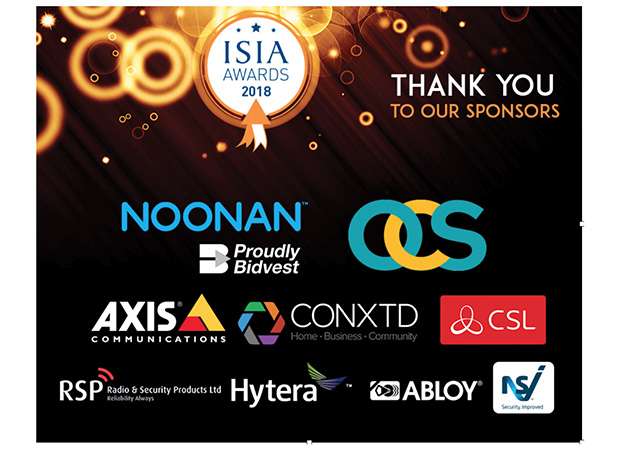