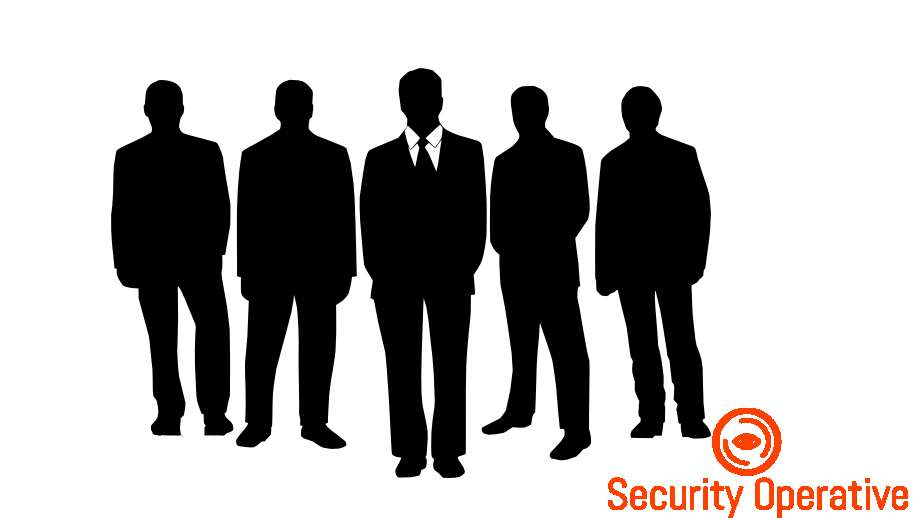 Leadership in the security industry

The lost skills of leadership and ownership

Recently I was lucky enough to be asked to speak on the Tao of the Velvet Rope podcast from the United States. For those of you not familiar with the show it’s a podcast dedicated to the door security industry and is ran by a man called Miguel DeCoste. If you aren’t familiar with Mr. DeCoste’s work I recommend you check out his website here.  The interview ended up filling 2 episodes of the podcast and we got the chance to really dig into the industry both here and in the United States. If I’m honest it could have gone on for another 2-3 hours easily (I’m hard to shut up once I start talking about the industry). One of the topics we covered in the second episode was leadership and ownership in the security industry and that is what I would like to talk about here.

I mention on the podcast that I believe in recent years there has been a lack of leaders in the security sector. A lack of people who were willing to stand up and pass on their skills to the next generation coming through. The industry is changing and will continue to change but for it to be successful  those within it with the skills to operate at a high level need to be willing to pass it on. If we don’t and then we leave the industry then those skills leave with us and the industry is worse off. Skills like reading a person’s body language in 2 seconds as they walk to your door can’t be thought in a training course. They need to be seen and spoken about live to have impact.

Where did it go wrong?

I believe the skills shortage in the security industry coincided with the introduction of licencing in 2007. I’m not saying that licencing wasn’t a good thing or that it wasn’t needed at the time but one of the by-products was that it resulted in a large pool of real skills and experience leaving the industry. Some people will say that they only left because they had a criminal record and shouldn’t have been in the industry and I can agree with that point to an extent but it isn’t the only reason people left. For many the prospect of being sent on a training course to be shown how to do the job they had done for 20 years was what drew them away. For others regulation and the downturn in cash payments for security work led them away. Indeed the introduction of background checks certainly forced some people out of the industry. The reason why these people they left isn’t important. The fact is that they left and they took with them skills and knowledge developed over many years is important. The generation who followed in the next 10 years undoubtedly suffered because of that. New inexperienced guys came in and employers began dropping wages to match the experience levels. This forced overall payments down so more experience left the industry and more new recruits took their place. Again those people suffered from the lack of role models and mentors that we who pre-date licencing were lucky to have. Of course there were bad influences, bad habits and downright criminal acts before regulation but they were a small part in comparison to the  wealth of knowledge we lost.

The key with any mistake is to learn from it and make sure we don’t repeat the mistakes of the past. Now that we have a new generation of experienced security operatives it is essential that we show real leadership and begin to develop the newer generation. But every day we see the same mistakes being made. Security companies employing the cheapest of labour, experienced guys bad mouthing the newer staff, the new guy thrown in the worst position and left there because he can’t do the harder positions. All of these things harm the industry in different ways. If we don’t begin to develop the next generation then we harm our own. We do ourselves and our own careers harm. How can we move up without having those in place to replace us. What kind of team do we take over if we haven’t trained those below us to the same high standard as we have set.

Leadership is not just about ourselves and our own status. A real leader is one who makes everybody else look better not just themselves. I once read an article about the footballer Paul McGrath. Everybody knew the skills, the bravery and the brain he had but his real genius was that he could make the mediocre players around him look good. He cajoled and inspired and advised and berated his team mates to bring them above their own level. Maybe not to his but certainly above their own. That’s a real leader and that’s what we have to be. You may not want to be a leader but you are. Whether you like it or not the newer guys are going to look to you when in a difficult spot. You may not realise it but they do. You did it and I did as a new person. They look and they learn whether you do it correctly or not. They then try to adapt what they have seen and use it, sometimes correctly and sometimes not. You should regard it as a privilege that these people want to learn from you. You may have become a leader inadvertently but through your own experiences and skills you had made it through 5, 10 or 20 years in an industry that has churned out many others who haven’t. Be proud of that and pass it on.

I mentioned in the podcast a common issue I see. A reluctance to pass on knowledge to colleagues because if they know everything I know then why am I needed any more. I see it all the time. He stole my way of doing it, he stole my technique, he used my line etc.etc. That’s ego talking and it’s natural. It’s also wrong. You should consider it a privilege that a person takes something you have shown them and considers it good enough to keep them safe. Your ego should get a big boost when it happens not feel intimidated by it. Your job is to make the new guy better than you ever were. When you leave the industry your skills, knowledge and techniques stay and make the industry a safer place. Your ego should be proud of that.

Ownership is another area that I see lacking. Taking ownership of a site, a team or a task is important. Anybody can show up and put in the hours but who wants to be just anybody. This is especially aimed at supervisors, managers and anybody who aspires to be either of those things. You are responsible for everything and everybody on your site. When the roster is messed up that’s your fault. The team member who isn’t working to standard is also your fault. Taking ownership means not sitting around complaining about the site or the client or the new guy. It means taking the situation and making it better. One situation at a time until we can make an entire industry better.

Many have lost faith in this industry but I haven’t. I haven’t lost faith because today I posted a topic on FB about improving the industry and 15 people who care about this industry took the time to respond with their ideas. I haven’t lost hope because there is a guy in America up at 0600 to edit a podcast to give out knowledge to the industry for free. There are people who are going to take the time out of their day to read this article and share it with their colleagues. There are new websites with great free information popping up in Ireland, the UK and further afield. There are trainers who I work with every day who are dedicated to helping the next generation get better. Each of those people in doing what they do is showing leadership, ownership and this gives me hope . These people show me that this industry can be a great one with some time and effort invested by all of us.

Another point that I raised in the podcast is the number of people entering the industry as a job not a career. Many people will argue that it is just a job. It is what you make it. If you want a career for yourself then do it. Many people have done it before you and become a success. This industry has paid mortgages, raised kids and retired legends. It is a profession for me and many others who choose to invest the effort, time and commitment into making it so. If you are one of the many out there for whom it is a profession then do your profession the service it deserves and pass your knowledge on. Be the leader that the industry needs and that you deserve to be.
P.S. Thank you once again to Mr DeCoste for having me on the show and please give the podcast a like and share if you value his work.