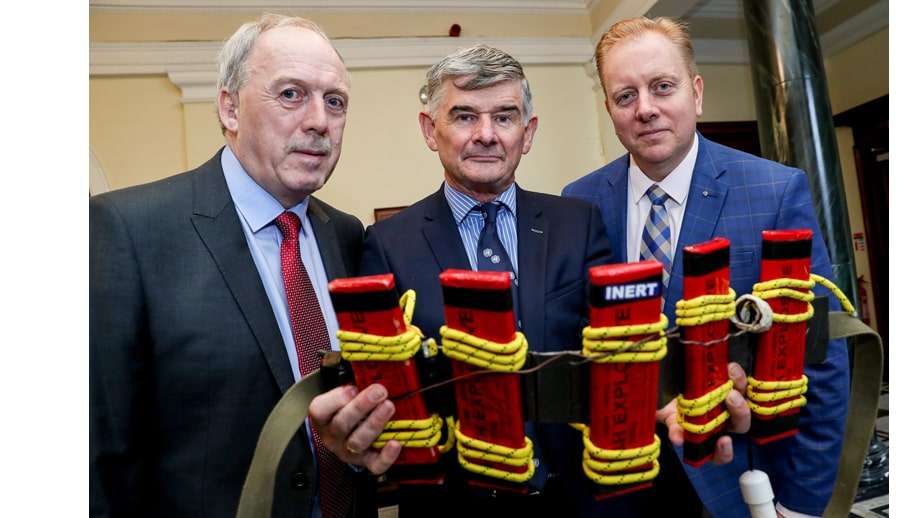 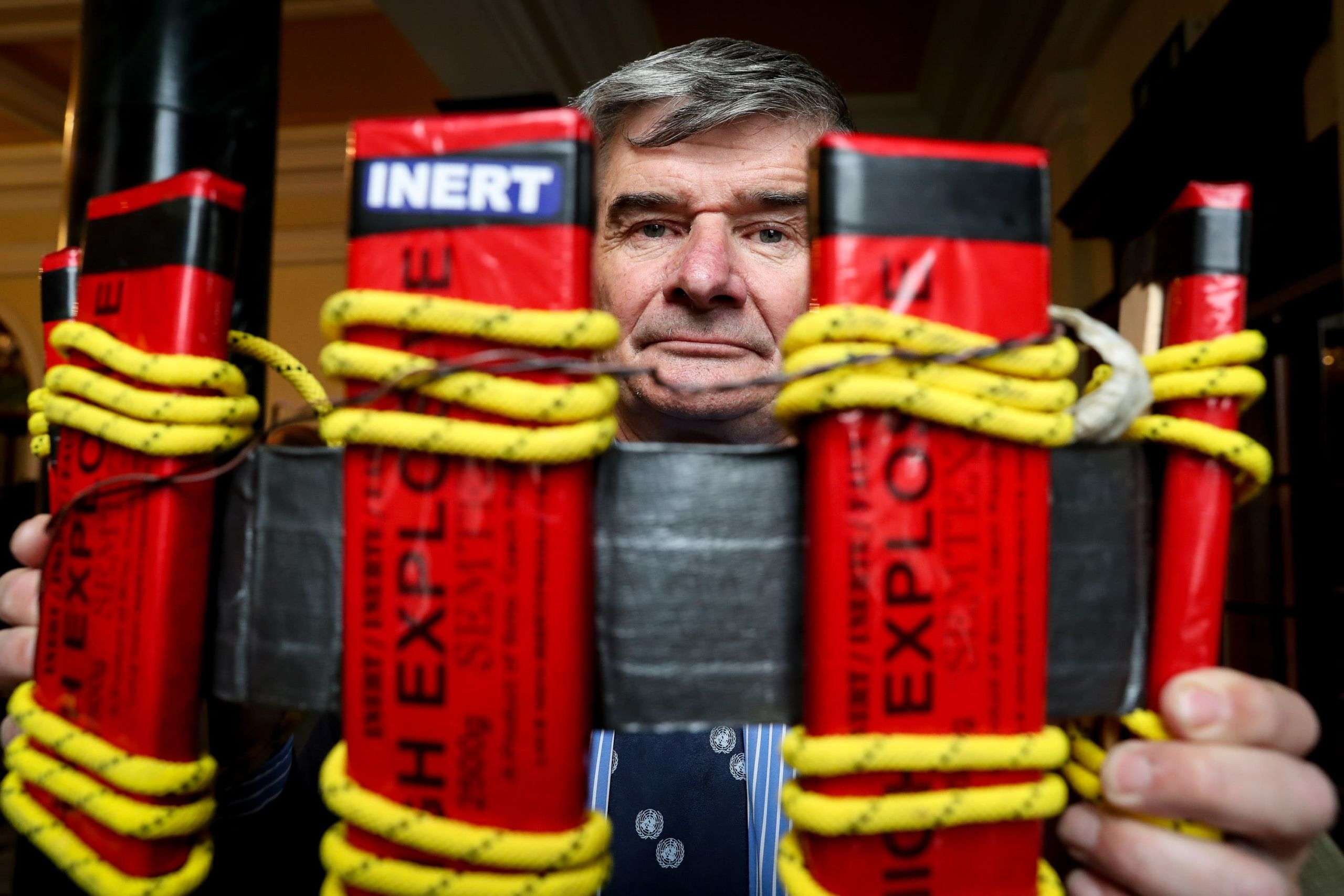 The most effective weapon people have to prevent any terrorist attack in Ireland is their brain and powers of observation, according to a a highly respected authority on counter terrorism.

Lt Col Ray Lane, (Retired) from Naas, was speaking at the inaugural ‘Securing the Future’ Seminar presented by leading security firm, Manguard Plus, who brought together some of Ireland’s leading experts on counter terrorism, drawn from the ranks of former members of the Irish Defence Forces, including two members of the elite Army Ranger Wing.

Lt .Col. Lane, an Army Bomb Disposal Expert, whose career spanned  some 45 years, delivered an address on “A Terrorism Event; Train and Prepare” .

He is credited with devising strategies on how to counteract the growing threat of Improvised Explosive Devices (IED’s), which he termed ‘a deadly threat and the Modus Operandi of the modern terrorist’. He cited incidents where NATO lost 57% of its troops over a period of time due to Improvised Explosive Devices and how implementing the HBST ( Human Behavioural Situational Training)  template reduced mortality levels greatly. He credits it with saving his life and those of his troops during an operation in Kabul.

Addressing the large gathering in the RDS, Lt. Col Lane said “ The most important weapon we have against Maurading terrorists is our brains and powers of observation. In Afghanistan I put the ‘Human Behavioural Situational Training’ template into operation with a high success rate. At that time NATO was losing up to 57% of its troops. Tanks were no match whatsoever for what we call Improvised Explosive Devices,(IED’s). They ( IED’S)are literally deadly and those who assemble them do so with death in mind.  The HBST template is a model which can be used anywhere in the world, including by civilians. It is the absence of the normal and the presence of the abnormal and it is the most important kit we have”.

Lt Col Lane went on to say “To stay alive in Afghanistan and anywhere where the terrorist risk is real, I would say it is now 50% technologies, 40% HBST and 10% Murphy’s Law or good old fashioned luck”.

“Terrorists ,particularly ‘Maurading Terrorists’, who are prepared to blow themselves up as well as others, never rest. They are ruthless experts. We need to be one step ahead because ,make no mistake, they are constantly trying to outfox us”.

Lt Col Lane displayed some suicide belts and IED’s as well as other explosives at the packed Seminar.

“Pressure plate made with wood, so easy to assemble but absolutely deadly.  The Taliban came out with these to counteract the metal detectors “.

He revealed that Ireland is at the cutting edge of developing biological wipes to counteract any future Biological Terrorist attacks, the likelihood of which he believes is very high.

“Currently there is absolutely no way of counteracting a Biological strike, and without doubt there will be one in the future. We are developing wipes which will get rid of 98% of the matter which is common in a Bio attack. I am working with a leading Irish University to develop them”.

Lt Col Lane stressed that the objective of today’s ‘Securing the Future Seminar’ was not to “Scare people but Manguard Plus believes in preparing for all eventualities, preparation is key and vitally important. We simply can’t afford to lull ourselves into a false sense of complacency. We’re all so busy today, rushing and racing around with our heads stuck in phones and other technology. I am saying get your heads up and look around you and notice your surroundings and if something looks odd or suspicious don’t be afraid to report it”.

Assistant Garda Commissioner Pat Leahy, who attended the Seminar, echoed these sentiments saying “We’re not in the business of scaremongering and the current risk of a terrorist strike in Ireland is ‘moderate’ but I have to commend Manguard Plus for having the  foresight to present this seminar. Information is always key. I am finding this seminar hugely informative and common sense”.

Speaking at the event ,Manguard Plus’ Director of Risk and compliance, Leo Harris, a former Army Ranger who has worked extensively in Uganda, Somalia and Kenya said“ Identifying the potential threat from marauding terrorists should form part of the overall security risk management strategy of a company. While the risk of what we term ‘marauding terrorist attacks’ in Ireland is low, that should not lull us into a false sense of security. When marauding terrorists strike, they do so with speed and devastating consequences and Ireland, like any other country, is potentially a target. Very few people have experienced, or will experience, a marauding terrorist attack, unless in an extreme environment, but recent attacks have shown us that any location is a potential for terrorists”.

“With so many global corporations having a presence in Ireland, we felt there was an opportunity for us, as a security firm, to bring companies together and inform them on the need for vigilance and equip them with the know how to implement new security strategies and structures. Like military training, it is all about being prepared. Manguard Plus has a very broad and deep level of expertise available to companies and that is why our client base is growing so strongly. Companies recognise that the environment has changed and stringent security measures have to be incorporated to respond to this changed environment”. 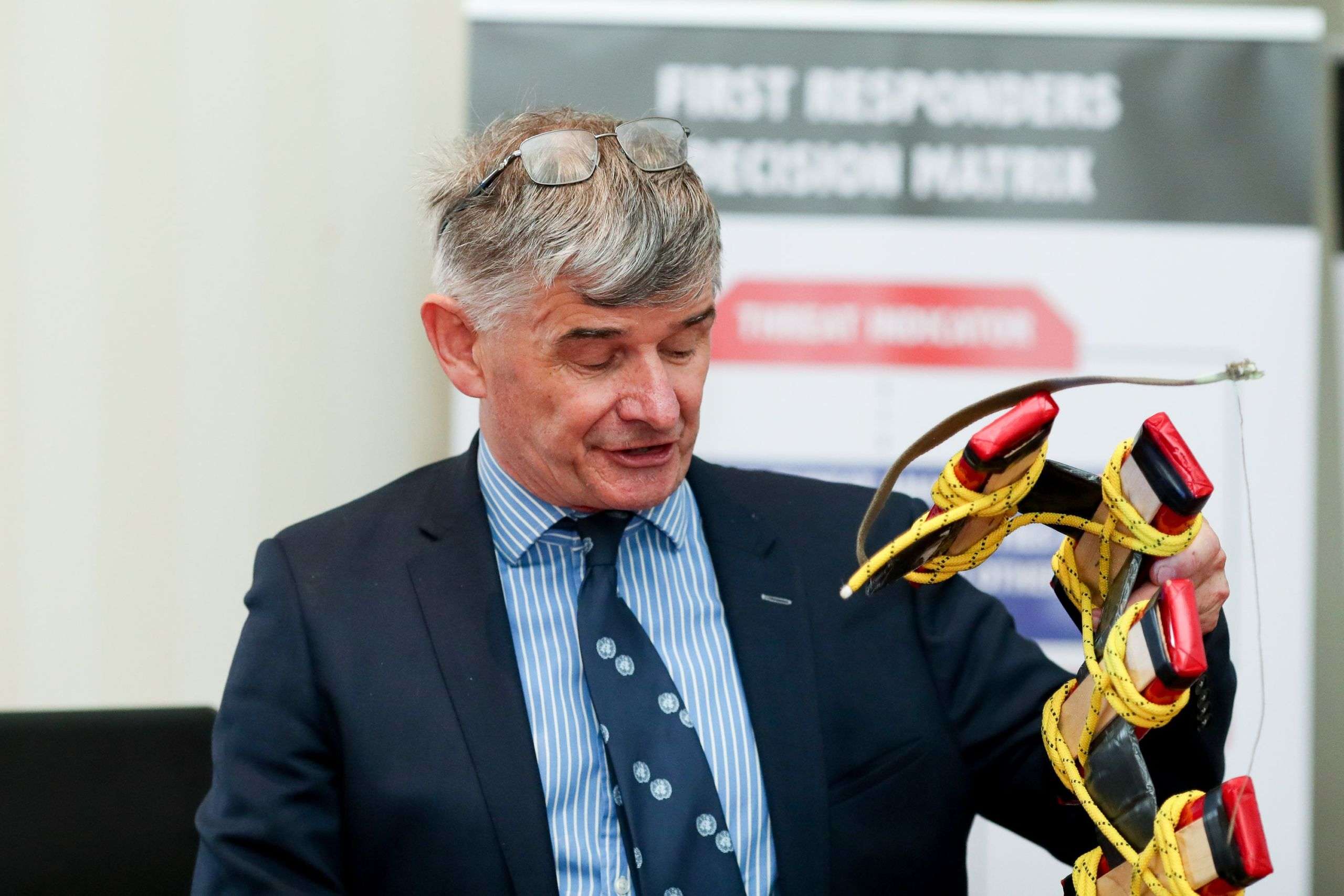