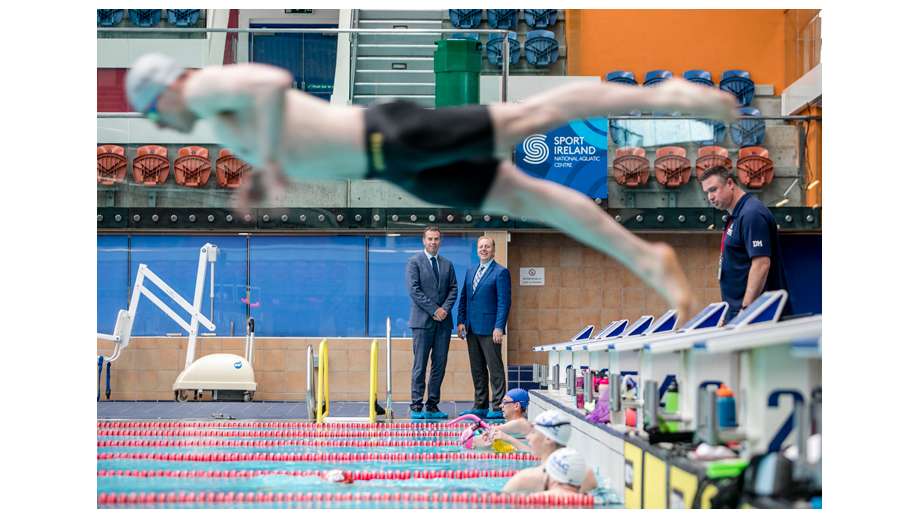 Manguard Plus, the Naas based security firm has announced a high profile sponsorship deal with the National Swim Club

Manguard Plus, the Naas based security firm has announced a high profile sponsorship deal with the  National Swim Club, based out of the National Aquatic Centre ,  ahead of next week’s Irish Summer National Championships.

The three year deal will see sixty seven young swimmers kitted out by the firm ahead of the much anticipated swimming competitions.

The squad includes top Paralympic  swimmer Ellen Keane , who is a  medal hopeful for the 2020 Olympic Championships in Tokyo.

The 2019 Irish Summer National Championships will take place in the National Aquatic Centre (NAC) from the 24th to the 28th July.

The Division 2 competition is down for the UL Arena in Limerick from the 11th to the 14th July.

This is the largest groups of swimmers to date to qualify for the Championships.

Peter Hussey, NAC Swim Club Chairperson says  “We are delighted to announce that ‘Manguard Plus’ has joined NAC Swim Club as sponsor for our Division 1 and Division 2 teams for the Irish National Championships for the next three years. This sponsorship allows us to provide team kit to both squads and support swimmers who are traveling and staying over at the 4 day competition in Limerick at the Division 2 Nationals. We are delighted to be associated with the ‘Manguard Plus’ name who are already providing  major sponsorship in GAA circles, and we are excited that they have decided to be involved with the NAC Swim Club and the world of competitive swimming. We thank ‘Manguard Plus’ for its support and we wish all our competitors the very  best of luck in their endeavours at the National events.”

“Qualification for both events was even more difficult this year with qualification times being lowered from 2018”.

“This year we have our largest group of swimmers from the NAC Swim Club to have qualified for the championships with 32 swimmers competing in Division 1 and 35 swimmers competing at Division 2. This is testimony of the level of commitment that has been put in by the swimmers and coaching staff throughout the year”.

Managing Director of Manguard Plus, Sean Hall says “We are delighted to sponsor the National Swim Club. They put in huge amounts of time practising and training and are very successful, but  don’t always necessarily receive the financial backing they need. They can sometimes loose out to other more high profile sports, so we are very proud to back them”.