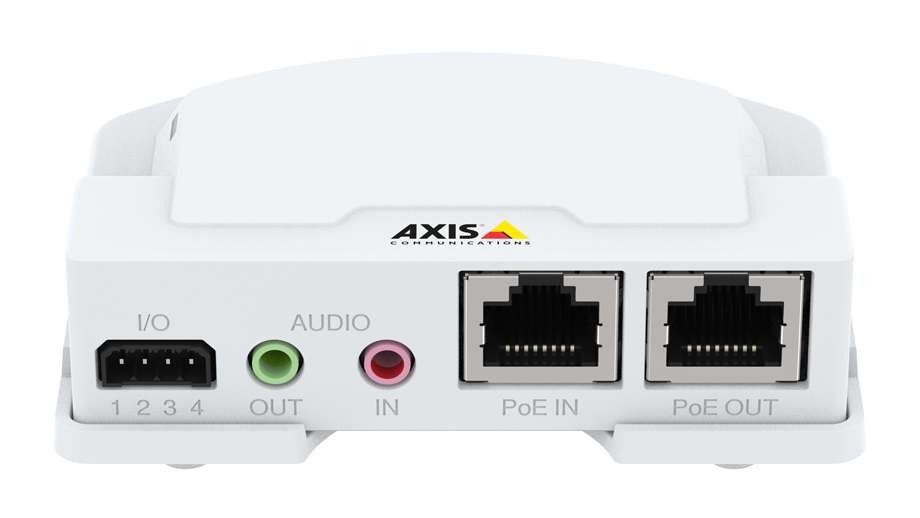 Today, Axis Communications is announcing AXIS T61 Audio and I/O Interface Series, which enables audio and I/O connectivity to be added to Axis network cameras that don’t have this functionality built-in, and for the optimum placement of both the network camera and the audio functionality. In doing so, they provide a flexible and cost-effective solution for customers who see the benefits of audio and I/O, reducing the total cost of ownership (TCO) of Axis cameras and delivering greater lifetime value.

With the camera being separate from the audio and I/O interface, customers can place both in the ideal position: for instance, a discreet location for a small camera, with audio capture taking place closer to the point of interest. In adding support for two-way audio, customers can benefit from listening in to transactions or incidents, for example, or communicate warnings to intruders. Moving forward, audio analytics, such as aggression detection, will also be supported.

Adding I/O brings many benefits. External sensors and detectors can be connected to input ports to trigger alarms or actions, and an alarm can also be sent if connections are cut. External devices such as relays can be connected to output ports to activate lights, lock/unlock doors, etc. Coming in a discreet casing ready to be mounted on wall or ceiling, AXIS T6112 also includes a built-in microphone.

Jerom Lemke, Global Product Manager at Axis Communications, commented: “Audio and I/O capabilities bring significant value to a video surveillance system, and adding this through AXIS T61 Series gives ultimate flexibility. Our unique feature, portcast, delivers audio and I/O benefits in an elegant, simple and cost-effective way, and we expect to see it available across a growing range of Axis cameras over the coming months, in addition to those already compatible.”

AXIS T61 Series allows audio and I/O to be added only to those cameras where it is needed, without requiring additional IP addresses or video management software (VMS) licenses, while video and audio are delivered through a single stream. Installation is straightforward, and integration with an existing VMS is seamless. Customers only need to make sure that a camera’s firmware supports portcast, and then the camera will act as if audio and I/O were built-in.

AXIS T61 Series key features:
• Adding audio and I/O support to Axis cameras without this functionality built-in
• No need for additional IP address or VMS license thanks to portcast technology
• Power over Ethernet for AXIS T61 interface as well as camera

AXIS T61 Audio and I/O Interface Series will be available in Q2 through Axis distribution channels.