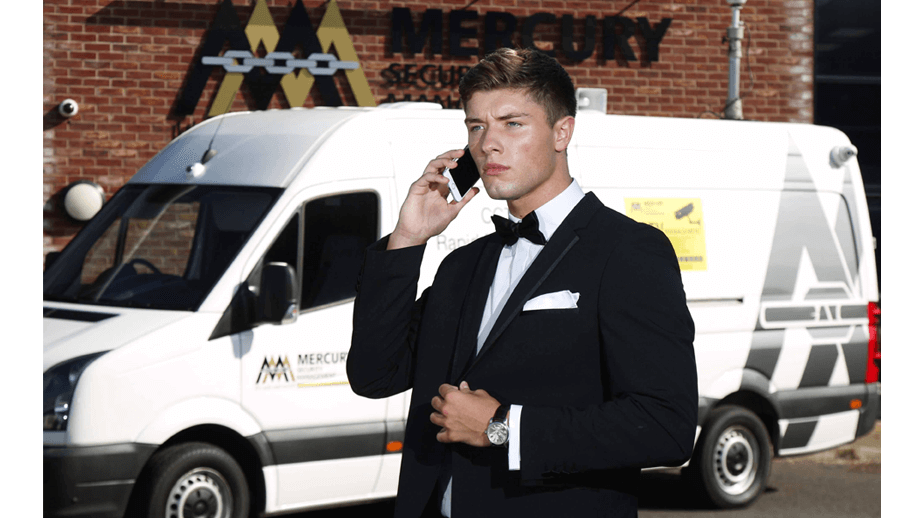 Mercury Security Has The GoldenEye

Nobody does it better than Mercury with latest CCTV innovation

TO the untrained eye it might look like just another van but inside, this specially adapted Volkswagen Crafter is equipped with more than £75,000 worth of state-of-the-art technology designed to catch criminals in the act.

No this isn’t the latest in a long line of James Bond super-vehicles but rather a new innovation from local security company Mercury Security Management to help reduce crime in Northern Ireland.

The CCTV Rapid Deployment Unit has been unveiled as a fully-integrated mobile CCTV solution that has been designed to operate in areas needing protection, including isolated premises where there is little or no infrastructure, and to provide a swift response in the event of any criminal behaviour being detected.

Whether patrolling Northern Ireland’s streets or parked stationary at a vulnerable location or potential trouble hot-spot, the multi-purpose mobile unit, which took more than five months for Mercury Security to design and build, is equipped with a 6-metre adjustable telescopic mast with a 30:1 zoom rugged PTZ camera controlled from inside the vehicle.

With no electricity or broadband required, the camera transmits full HD 1080p images to a number of monitoring centres inside and outside of the vehicle.

The interior comfortably accommodates two operators, each equipped with a pair of 24-inch 1080p screens, the latest computer technology and a PTZ joystick to manoeuvre the external camera and mast.

Images are also transmitted to Mercury’s award-winning NSI Gold Command and Control Monitoring Centre, which is permanently based in a secure location, and are recorded and stored to help apprehend and bring charges against intruders with the assistance of local police.

In addition, operators are able to engage with unauthorised intruders and warn them of the impending consequences of their actions via a desk mounted microphone connected to a 60watt amp and two roof mounted 15Watt Bosch speakers.

Mercury Security director Liam Cullen claims that the CCTV Rapid Deployment Unit is the ideal solution for many applications and situations.

“The Mercury Rapid Deployment Unit offers CCTV Surveillance ‘on the go’… where you want it and when you want it,” said Mr Cullen.  “It’s perfect for education, local councils, extreme environments, entertainment and sports events, ports, construction bodies… basically any organisation that is exposed to threat and danger or simply wants to keep an eye on its valuable assets.

“Town centres, residential and industrial environments often have a higher rate of crime and this unique mobile unit, designed and built exclusively by Mercury Security, will help to reduce this threat.

“We also see this working very well at events, festivals and in anti-social behaviour zones that cannot be monitored effectively by stationary CCTV alone,” he added.

Mercury’s new CCTV Rapid Deployment Unit not only protects its surroundings but also itself and those operating it.  The unit is constantly monitored via satellite and, in the event of an individual attempting to gain access, the engine will immediately cut out should the clutch, accelerator or brake pedals be engaged.

CCTV is a proven deterrent in the fight against crime.  A 2013 report* conducted by the College of Policing found that overall crime decreased by 51 per cent in car parks operating CCTV.  Furthermore, a 10 per cent fall in crime was identified in city and town centres compared to areas where there was no such intervention.

“The CCTV Rapid Deployment Unit allows for quick and easy deployment, providing a detailed all round view of those coming towards and leaving a ground or park,” said Mercury’s Liam Cullen.

“The advanced technology can be used to locate and track known troublemakers at the earliest possible stage and, with its mast raised, the deployment of this highly conspicuous unit will in itself act as a powerful deterrent to others who may be considering engaging in violence and disorder,”concluded Mr Cullen.

The Mercury CCTV Rapid Deployment Unit is available to be rented for periods of eight hours or more, supported by a team of highly-equipped manned guards from Mercury.

* SOURCE:  http://library.college.police.uk/docs/what-works/What-works-briefing-effects-of-CCTV-2013.pdf . ‘The effects of CCTV on Crime’ 2013. 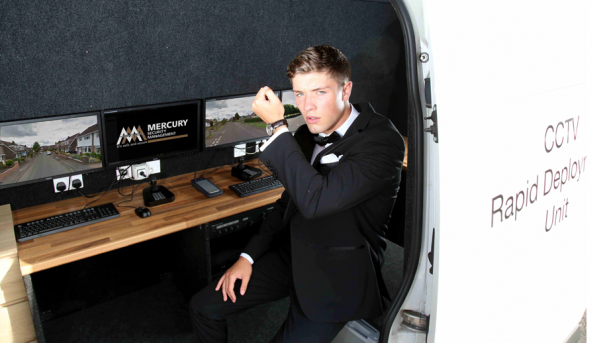