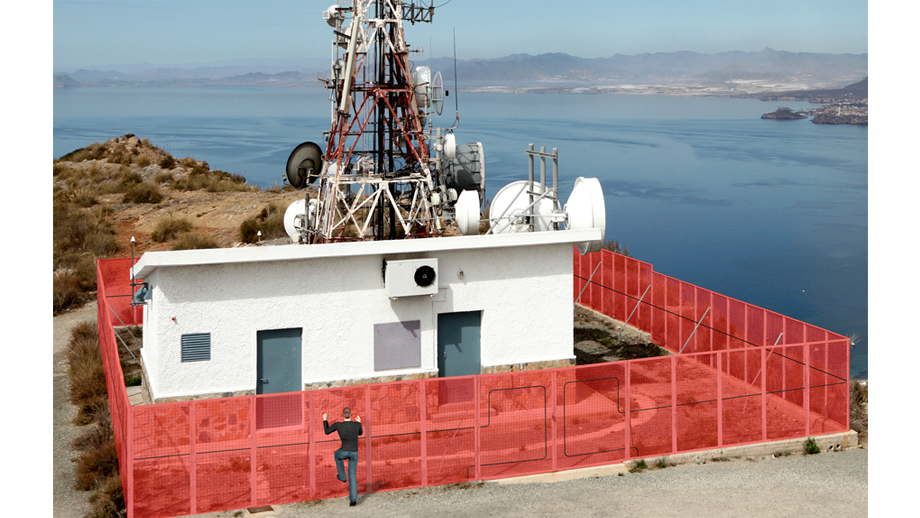 Based on Southwest Microwave’s field-proven MicroPoint™ smart-sensor technology and designed to perform in harsh outdoor environments, UniZone protects up to 200 linear meters of fence line. Engineered for quick, easy installation and programming, the system is driven by a UniZone sensor mounted to the fence or in a nearby control room, connected to a length of MicroPoint sensor cable tie-wrapped to the fence or topper to detect cut or climb attacks. Advanced shielding and surge protection make it ideal for lightning-prone sites or those with high electromagnetic or RF interference.

detectors as leaders in their class, scaled to efficiently protect shorter perimeters like those surrounding

“One simply mounts the sensor to nearly any type of fence fabric, adds power, programs the system in a few easy steps and it’s ready for use.”

Like all of Southwest Microwave’s fence detection systems, UniZone employs patented Point Impact Discrimination™ to precisely monitor activity along the sensor cable in 1.1 meter increments – or cells – enabling the system to analyze the characteristics of each disturbance and reliably detect cut or climb intrusion attempts while ignoring harmless environmental noise such as wind, rain or vehicle traffic.

“UniZone satisfies both critical requirements of a superior intrusion detection solution. Powerful digital signal processing to successfully mitigate risk of site compromise and as critically, the prevention of nuisance alarms, which continue to plague many detection products on the market today,” Kirkaldie said.

He also explained that conventional sensors offer only one detection sensitivity setting per alarm segment. Conversely, UniZone employs a proprietary software-based calibration process – Sensitivity Leveling™ – to account for variations in fence fabric or tension and optimize detection sensitivity within each 1.1 meter cell. The result is uniform intrusion detection along the entire protected fence line.

“UniZone represents a real breakthrough in detection technology. It delivers the trusted performance of our most sophisticated INTREPID fence protection technologies at an attractive price point for customers with smaller critical infrastructure site protection needs, and with an ease of deployment that enables our installers to tailor the solution to a user’s individualized requirements in minutes.”