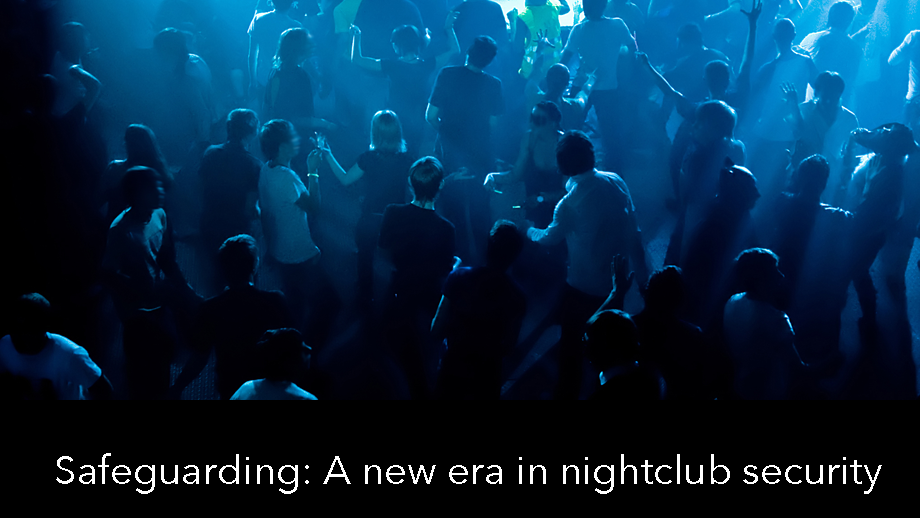 The night time economy by its very nature carries a large amount of inherent risk to the employees working within it. Not many roles have been at the coal face and dealt with these risks as much as the door supervisor. For many years we in the security industry have focused on the risks and dangers that we face as door supervisors and came up with successful ways of mitigating and reducing these risks as individuals and as an industry.

What is often forgotten is the inherent risks that the general public face in the night time economy. We all know about the culture of male on male violence, lack of respect for the service industry, the emergency services, binge drinking and drug use. What often gets left out of the equation are the vulnerable in society. Those who go out into the night-time economy and become victims of crime or those in society who seek to cause damage or destruction. Those who go out with the best of intentions to have a good time and through a variety of reasons end up in a condition where they aren’t in a fit state to keep themselves safe. For many years this was their own problem and the default response was ejection from the venue and after that they could figure it out themselves. The NOT MY PROBLEM era went on for decades.

Thankfully the door security industry seems to be changing approach in this respect. Venues and door supervisors are changing with the times and the word safeguarding has begun to make an appearance in security procedures. The attitude towards people who require safeguarding is changing from one of enforcement to one of welfare. We can only hope that this new era can continue and that more venues begin to implement safeguarding and welfare procedures for those in need. As I have said many times before, we cannot expect to work in a venue whose sole method of making a profit is to sell a person a mind altering chemical and then expect to throw our hands up and say it isn’t our fault when the person is affected by the chemical.

In this article I would like to take a look at the concept of safeguarding in a nightclub environment. What is it? Who needs it? What can we do to make sure it works?

Safeguarding put simply is putting in place policies, procedures, training and facilities to ensure that vulnerable persons are kept safe from harm when in our care. It’s about making sure that those who need help or assistance get it.

Any person can become in need of safeguarding. Those in need are generally referred to as vulnerable persons (although this term is largely used in the care sector). Anybody can become vulnerable given the right circumstances and the night time economy can be a contributing factor to these circumstances.

A patron could be referred to as a vulnerable person through a variety of circumstances such as:

A person may require safeguarding due to any single one of the above factors or a combination of a number. A person in any of these circumstances may become vulnerable to:

From a moral point of view I know that no door supervisor would like to think that any of the above could happen on their watch but we are so busy managing risk around the important stuff like violence and aggression towards ourselves that we tend to overlook the small stuff like safeguarding customers who have overconsumed alcohol.

Why do we need safeguarding in nightclubs?

Secondly, because believe it or not we have a duty to. Regardless of whether a patron is drunk, on drugs or underage we have a duty to protect them from harm. That includes providing a reasonably safe place for them while they are on the premises and to the best of our ability ensuring that no harm comes to them as a result of them having  being on the premises (even after they leave). That’s a lot of responsibility for the venue and that responsibility will rest primarily in the hands of the door supervisors.

What can nightclubs do?

The first and most basic thing that should be put in place is a policy. A policy that outlines how we look after vulnerable people. It should detail what arrangements we have in place to prevent people getting into vulnerable conditions and what additional measures we can put in place to protect those in our premises who are already vulnerable.

Once a policy is written the next step is to make sure everybody knows about it especially the security team. The security team need to know how they are expected to treat people who are intoxicated or have taken drugs and even underage patrons.

How far do we need to go?

As we all know from a legal point of view how far our duty of care extends will be entirely at the whim of a judge who will evaluate whether the arrangements we put in place are reasonable in the circumstances. If we think about it logically though anything is better than nothing. From a practical point of view safeguarding is satisfying ourselves to a reasonable level that every patron on the premises is safe and every patron leaving is capable of getting to the next place of safety in their present condition.

I’m speaking from experience here. I have written dozens of safeguarding procedures for night time venues and implemented safeguarding procedures operationally at a number of venues also. Even with that experience though it can feel like walking a tightrope sometimes. The balancing act between safeguarding the person’s welfare and their freedom of movement and maintaining a certain level of personal responsibility can be difficult at times.

This first point requires a bit of a culture change for door supervisors. Nobody should be simply ejected for over intoxication. I can almost hear the clicks of this article being closed by some people at this point but it’s true. The person has gotten into this condition in our venue and simply ejecting them is not sufficient to fulfil our duty of care. Yes, they need to be escorted to the door, but every patron who is being removed due to intoxication should be assessed with a simple conversation. If a person is incoherent, unable to walk, unable to speak then they need safeguarding and shouldn’t be allowed to leave. I can hear people now asking what should we do. We can do lots of little things. Take them to first aid (now more commonly being referred to as medical and welfare). Have a first aider talk to them for a few minutes. Try find some friends they came with. Get some information from them that can assist you getting them home. Worst case scenario might mean getting them an ambulance. This is obviously time consuming and troublesome but so is checking fire exits and dealing with conflict and we do those for health and safety reasons every single night.

Let’s take another scenario. A young Lady in a very intoxicated state being led from a venue by a man (not to differentiate between the genders but I’ve found that this is the more common situation). This could be a boyfriend assisting with a drunk girlfriend or it could be a complete stranger. A lot of people would say we don’t have the right to do anything. Its none of our business. Are we seriously convincing ourselves that we can’t ask 2 or 3 questions to satisfy ourselves that this lady is safe? What’s the worst that could happen if I do? I offend a helpful boyfriend, I apologise for being wrong and they leave. Now have a think about the potential consequence if I don’t do anything and it was a complete stranger. At the very least we can ask the lady if she knows the man. If she can’t answer, ask him who he is and who she is. I always like to double check by asking him to take out his phone and call hers. Worst case scenario might be that you have to tell him she isn’t leaving until first aid checks her over. She has the right to leave any time she chooses. Nothing in law gives him the right to take her away.

Scenario number 3. A person leaving the nightclub in a very upset state, crying and talking about having enough. It could be a person having a dramatic argument with a friend inside or it could be a genuine case of a person in a vulnerable state of mind who is at risk of harming themselves. How do we know? Put simply we don’t know unless we ask. One thing I will add here is that I strongly believe that every door supervisor working inside or outside of a venue should take a suicide awareness course. These are short and often free courses which every door supervisor can benefit from. They teach really practical steps for approaching situations like this.  Back to the scenario though and the first thing to do is ask the most basic questions. Are they ok? What did they mean? How do they plan to get home? Do you have a friend we can call for you? Can we call you a taxi? It may all turn out to be nothing or you may save a life.

The above 3 scenarios might sound like a lot of extra work but realistically what does it take. A few minutes of your time in reality. Is that too much to ask to keep your customers safe?

So let’s bring all of this together into an actionable list of small things that you can do as a venue and as an individual to promote safeguarding of your customers.

These tasks don’t take much time, cost hardly anything and don’t require lots of ongoing maintenance. But they do increase your customer service, enhance your reputation and reduce your liability should something happen. But most of all it’s the right thing to do and it could save a life.I”ll finish this articles with one of my favourites quotes  below. I think it sums up door security very well in a simple sentence. Who knows maybe Plato was a doorman back in the day.

” Be Kind. For everyone you meet is fighting a harder battle” – Plato