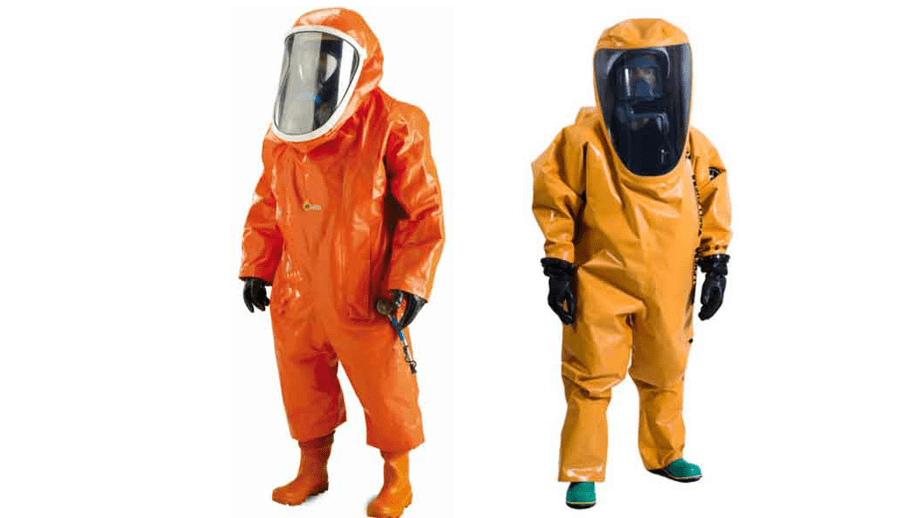 Stab vests, crash helmets and other things that might get you hurt

This article is going to be slightly tongue in cheek but has quite a serious message to it. It’s going to be around the topic of health and safety in the security industry which is not really something to be joked about but is a subject which I find people get so confused about in reality that it ends up being hilarious.

In particular I’m going to talk about PPE (Personal Protective Equipment). You will note that I put the meaning in brackets after the letters because I’m sure there are people out there in security roles who don’t properly understand it. If they do understand the words they certainly don’t understand the meaning of it. Don’t get me wrong, I’m not arguing against PPE here. I’m fully supportive and insistent that all security operatives wear and use an appropriate level of PPE for their role. The problem as I see it however is that there are far too many people who don’t understand the word appropriate when deciding which PPE is required and they then issue it to people who don’t understand it’s practical limitations. I’m going to use some actual real life situations to describe what I mean below which are used for illustrative purposes only. I don’t like laughing at safety issues but some of these are quite funny. All of these are real (some with photos to support them) so I’ve kept it anonymous to spare some blushes.

Firstly to go back to the meaning of the words.
PERSONAL PROTECTIVE EQUIPMENT
So it’s equipment given to a person to protect them from harm or injury. Note the use of the word protect. It does not say prevent or eliminate, it says protect. In reality PPE has very little effect in preventing injury, it isn’t a preventative measure. Its a last line of defence between the person and injury. It may not even stop an injury but it will hopefully reduce it. A hard hat does nothing to prevent things falling on your head just like safety shoes don’t stop things falling on your foot. All they do is reduce the level of injury you get after something bad has happened. That doesn’t make them ineffective, in fact they have done their job, but to abdicate your safety to them is senseless (I’ll come back to this point later when I talk about stab vest guy).

Ah yes, the old reliable hi-vis vest. The Irish solution to every safety issue. Put a hi-vis on it. They certainly do have uses and they are a great piece of PPE but they aren’t a replacement for common sense safety policies. In fact if everybody designed common sense safety polices and everybody adhered to them then we wouldn’t need a hi-vis vest would we? I’ll give you a real world example of this.
I was once asked by a leading international retailer to assist a store manager in one of their stores with a post incident risk assessment review. A few weeks earlier a security operative from the store had been accidentally run over by a customer while chasing a shoplifter across the car park of the store. The store manager had investigated the incident however senior management weren’t convinced by her conclusions and asked me to visit. On arrival I spoke to the store manager in question and asked her about the incident. I asked her what control measures she had put in place to prevent a similar incident occurring. Her reply astounds me to this day. She said ” we have given all of the security guys hi-vis vests”!!!!! I asked how she expected this to prevent a re occurrence. Her reply ” We are hoping it will slow the cars down before they get hit” !!!!!
I asked if she had perhaps considered telling the security team not to chase shoplifters across the car park as it was a safety risk. Her reply ” I suppose we could do that too”. This person wasn’t a bad person or even a bad manager. She simply had no concept of the principles of safety management but had been left with the task.

This story goes slightly away from PPE but illustrates the sometimes wacky way which people use safety equipment/PPE and interpret safety issues. I was walking through a shopping centre in the South of Ireland one day and I noticed a fire exit door which had been blocked off with a large yellow expandable safety barrier. I stopped to take a photo on my phone (which I’m struggling to find for this article) when I was approached by the security operative from the shopping centre who said “You can’t do that”. I asked him what he meant and he told me that I wasn’t allowed to take a photo of the fire exit. I replied (in my most sarcastic voice) that he seemed to be a little confused about what is and is not allowed in this particular situation. Where there is no law against taking a photo there most certainly is one against blocking a fire exit in a busy shopping centre. He agreed that it was wrong but told me that the centre manager had asked him to do it because people had used the door to access a lower level and he didn’t want this happening. He had asked that the door be blocked so that people couldn’t use it despite the fact that the entire purpose of the door was so that people could use it. Once again a poor understanding of Safety principles and example of where safety equipment poorly used actually makes people less safe.

I was doing a site visit in a night club and was standing with the security team as they were given their positions. I stood in the corner astounded as one of the team placed a gum shield into his mouth before leaving the security office. I called him aside and asked him about it and he informed me that it was to prevent him losing teeth when he got in a fight. I asked him what he was going to do to ensure he wasn’t going to get in a fight and he laughed at me. “Of course there will be a fight at some stage” he said. I asked if he thought that seeing a door supervisor approaching with a gum shield made a person more or less likely to fight and he shrugged his shoulders. I also asked if maybe taking out the gum shield and talking to people might prevent a fight. He didn’t seem to realise that by resorting to the gum shield he was abandoning all chance of reducing and controlling risks and the only thing left was hoping a piece of plastic saved his teeth. Again a piece of equipment badly used and tolerated by poor risk management actually put employees at a higher level of risk.

My final example in this article comes from a working visit I paid to a bar in a busy city centre. As I approached the door I was greeted by a door supervisor in a full overt stab resistant vest. I walked past with a number of other customers who both commented that the place might be a little rough from the walking stab vest at the door. During the visit I spoke to the door supervisor about the vest and asked why he wore it. He replied “to stop me getting stabbed” (ask a stupid question…..). I asked him if he realised that a stab resistant vest did nothing to prevent him being stabbed but might hopefully only limit the injury he gets once he has been stabbed. He seemed shocked. I went on to suggest that wearing the vest might even increase the risk of him being stabbed and he thought I’d gone crazy altogether. I asked if anybody has ever produced a weapon at the door (No), threatened to produce a weapon (No) or threatened to stab him (Also no). I asked him if anything had happened in his time working there that suggested that he might be at risk (Definitely not). I then asked him what type of person he thought might feel comfortable drinking in a bar where the door supervisor need a stab vest and he had a light bulb moment, ” guys who are comfortable with knives and violence.”

So I would ask you the reader if you think that his vest made him safer or less safe?
Once again this wasn’t a bad guy (in fact a really good door supervisor) he just didn’t understand the basic concepts of safety and had abdicated his own safety to a piece of equipment. No plan A or B just a stab vest.

I’ve said from the start that this article is not about bashing PPE. I believe that PPE is a vital part of any safety system. But it’s just a single part. It’s not a total solution. It’s not even a good solution. It’s a final resort to compliment other control measures and should always be based on good safety practices and a solid risk assessment. If used incorrectly it can in fact increase risk but that’s the same for any tool. If you use a two way radio incorrectly or a CCTV camera incorrectly both can increase risk but you would never abdicate your safety to either tool.

As a final request to those of you in charge of supplying PPE to security operatives please think about it before you do it. Be sensible about it and base it on a common sense risk assessment.
Remember : HI-VIS DOESN’T SAVE LIVES COMMON SENSE DOES