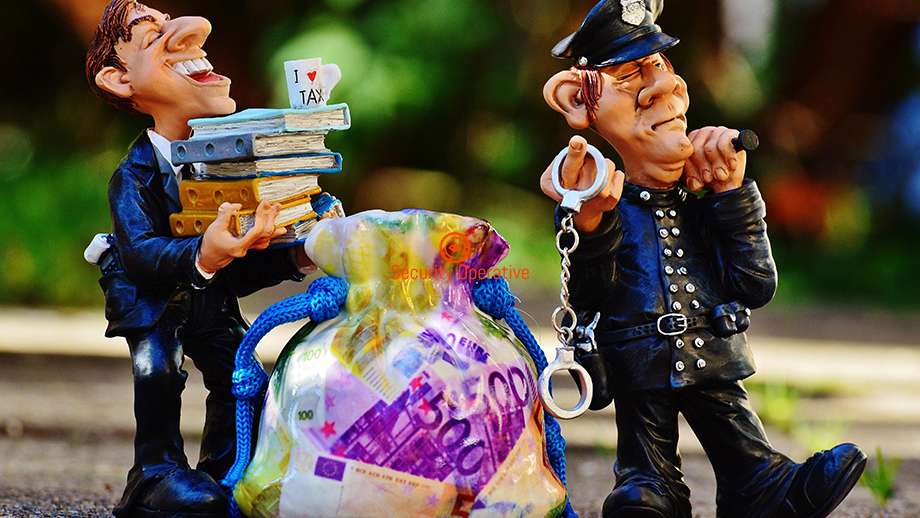 By Tony O’Brien, The Security Operative

In this week’s article I’m going to back towards the legal side of the security industry. Im going to give an overview of probably one of the most commonly used and also commonly misrepresented pieces of legislation in Ireland. That is the Criminal Justice (Theft and Fraud Offences) Act 2001.

I like this piece of legislation and I’ve used it probably more times than any other law in my career. It covers crimes against property and is most often used in retail security, but I have used it in others areas as well. There is also often some confusion in its application which I hope to cover as well. When can you arrest for theft? The difference between theft and robbery etc. It doesn’t cover all property related crime and there are some like criminal damage and trespass that I’ll cover in a later article but for now this is an overview.

The Criminal Justice (Theft and Fraud Offences) Act 2001 covers a wide range of property crimes  in Irish law. It contains offences such as theft, obtaining goods by deception, burglary and robbery, and outlines the maximum sentence upon conviction for each offence. Security operatives working in the retail security sector will deal with this legislation regularly when dealing with retail crime.

The areas we will cover in this section are:

The offence of theft in Irish law is defined in Section 4 of this Act. Theft is defined as follows:

“A person is guilty of theft if he or she takes the property of another person, without the owner’s consent and with the intention of permanently depriving the owner of the property.”

In simpler terms, in order to commit a theft a person must:

To give an example in retail security: Person X walks into a retail store and picks up an item of store property. X then puts the property into their bag and leaves the store with the property and without paying. X has committed a theft because:

A common question that comes up is when has the theft occurred and when can the security operative make an arrest. Some would argue that once the person passes the last point of purchase you can arrest because they can no longer pay for the item. Others would say that you must wait for them to leave the store. I would always advise to wait until a person leaves the store before arrest. Remember the legal phrase is intention to “permanently” deprive.

Many Gardaí and others in the security industry (including me will testify that its quite easy to create reasonable doubt in a judges head that there was no intention to permanently deprive if the person was still in the store with the goods.

A person who is found guilty of theft can receive a maximum term of 10 years in prison upon conviction on indictment (although I have never seen this happen or even get near to this). Therefore, it is an arrestable offence. Most theft cases are tried summarily in the District Court.

Obtaining goods or services by deception

The offences of obtaining goods or services using deception are outlined in Section 6 and 7 of the Act, respectively. Commonly these would be called fraud or fraudulent behaviour. The key word in this offence is deception. The offender must be clearly shown to have used deception in carrying out the act for it to constitute an offence. The offences are defined as follows:

“A person who dishonestly, with the intention of making a gain for himself or herself or another, or of causing loss to another, by any deception induces another to do or refrain from doing an act is guilty of an offence.”

“A person who dishonestly, with the intention of making a gain for himself or herself or another, or of causing loss to another, by any deception obtains services from another is guilty of an offence.”

Breaking down the offence into simpler terms, a person must:

An example of an offence under this section is as follows.

Person X walks into a retail store and selects a coat from the shelf. They place the coat into a bag and walk to the till. They then tell the cashier that they bought the coat previously but it’s the incorrect size and they would like to exchange it for a different size. The cashier then takes the coat from X and hands them a new coat to leave the store with. X has obtained goods using deception, as they:

The maximum sentence upon indictment for both of these offences is 5 years in prison.

Essentially, the word aggravated means that when the person committed the burglary they were carrying or using a weapon of some sort.

The types of implement which may be involved are:

I’ll do another article later this week on the Offensive Weapons Act and dig a little deeper into this area because I think its an area that security operatives could use some guidance on.

A person found guilty of aggravated burglary may face up to life in prison.

The offence of robbery is covered in section 14 of the Act. Similar to burglary, this offence is taken very seriously by the legal system due to the impact it has on the victim and the premeditated nature of the crime. Robbery is defined as follows:

A person is guilty of robbery if he or she steals, and immediately before or at the time of doing so, and in order to do so, uses force on any person or puts or seeks to put any person in fear of being then and there subjected to force.

To commit a robbery a person must:

As a practical example: A person enters a retail store and approaches the cashier. They demand money from the cashier and threaten to injure or harm them if they don’t hand over the money. A person guilty of robbery is liable on conviction on indictment to imprisonment for life.

So, the major difference between theft and robbery is the use of force or threat of force to commit the crime. This is an often confused point and I often hear people refer to shoplifters as having ‘robbed’ the shop when in actual fact they have stolen items not robbed anything.

This offence is covered in section 15 of the Act and covers people having possession of articles that can be used to commit a crime.

This section of law states that a person who is outside of their own home may not be in possession of articles or items which could be used to commit:

A person found guilty of an offence under this section can be sentenced to a maximum of 5 years in prison.

Examples of this might be carrying a de-tagging device in a retail store or a tin foil lined bag. Even more obvious might be a balaclava and a crowbar on a construction site at night. Its not a very well-known crime and its not one that I like to advise people to make an arrest on. Items that can be used to commit these crimes also tend to make pretty good weapons (aside from the tin foil bag) and security operatives can put themselves in danger when a deterrence option can be much better.

This was a quick overview of this piece of legislation. Not too in depth and designed to give a broad look at the basis. Even though its basic I’m shocked at the amount of security operatives who don’t know these basics. If you don’t know the basics its up to you to go find it out otherwise you are a liability to yourself and your employer.

Its probably thrown up loads of more detailed questions for people which I’m happy to answer if you want to leave a comment or send me an email. I’ll do a couple of more articles on some of the areas that popped into my head like offensive weapons and trespass later this week.