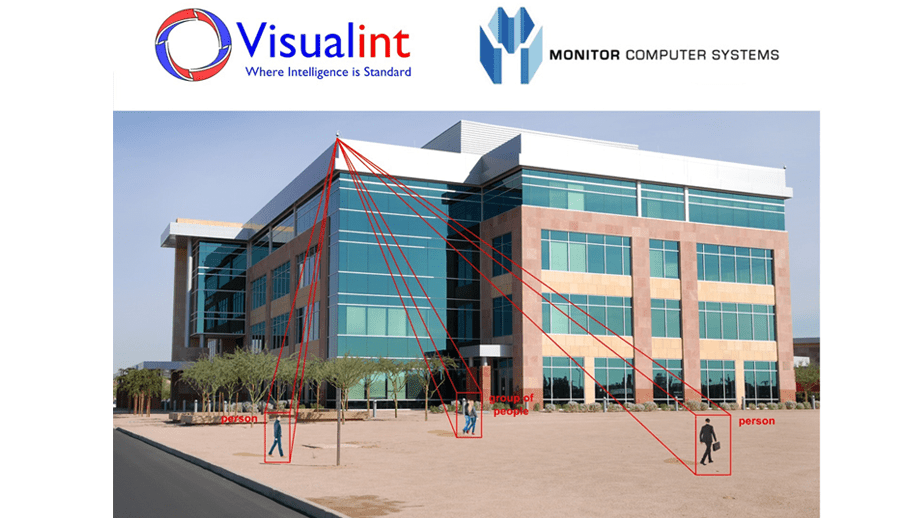 Visualint is pleased to announce that its range of Intelligent CCTV Cameras are now integrated with the Sentinel Plus central station software package by Monitor Computer Systems.

Visualint is pleased to announce that its range of Intelligent CCTV Cameras are now integrated with the Sentinel Plus central station software package by Monitor Computer Systems.

“We are extremely excited to announce this integration with Sentinel Plus as it represents a huge market opportunity for Visualint & Monitor Computer Systems as up until now video analytics have not been widely deployed due to perceptions of high cost, poor performance, and troublesome set up.”

Creating reliable stable detection systems that promote confidence and security is what we as an industry strives for and we believe that Visualint’s has the ability to completely change the way we approach property protection allowing for reliable early detection that nullifies potential threats before they enter.

One of the major issues faced by traditional detectors and motion detection CCTV is the fact that they simply present a flat screen image and we of course live in a three dimensional world so detection by size alone is just not good enough. Visualint works to overcome this issue by creating an intelligent video platform that allows the camera to see the world as we do. Visualint’s Logical Rule Architecture (LRA) first introduces a 3D overlay into the flat screen image giving the camera perspective, we then introduce stabilisation followed by scene learning to intelligently analyse the scene to identify, and importantly automatically filter any environmental factors caused by foliage, etc. Once this is done we are then able to introduce up to 40 individual intelligent detection zones that include detection, loiter, tripwire, etc., and using LRA these can then be tied together to create highly accurate areas of intelligent detection effectively creating “sequential/double knock” systems in external scenarios. This technology alone introduces new levels of nuisance alarm filtering that allow occupiers to confidently set their perimeter protection while they are home, but Visualint has another trick up its sleeve. Cast you mind back to the earlier comment regarding perspective, we do this to allow the camera to actually recognise a target and the 3D overlay is crucial to this, as objects do of course vary dramatically in size dependent on their placement in the field of view. Visualint can recognise and identify people, animals, and vehicles while simultaneously monitoring their direction of travel and these parameters can again be introduced into the LRA further filtering the usual “overspill activations” traditionally caused by wildlife, vehicles, and passers by.

We are fully aware that analytical set up is a real concern for installers and we are the first to admit that our system is only as good as the set up, and this is why we also created Visualint Virtual Technician, a dedicated team of engineers who are able to remotely set up the intelligence on your behalf. You simply specify the system (we can help with this as well if you wish) and sketch the detection patterns you require, then when it comes to installation simply mount the camera in the right direction, connect it up, and we will do the rest.