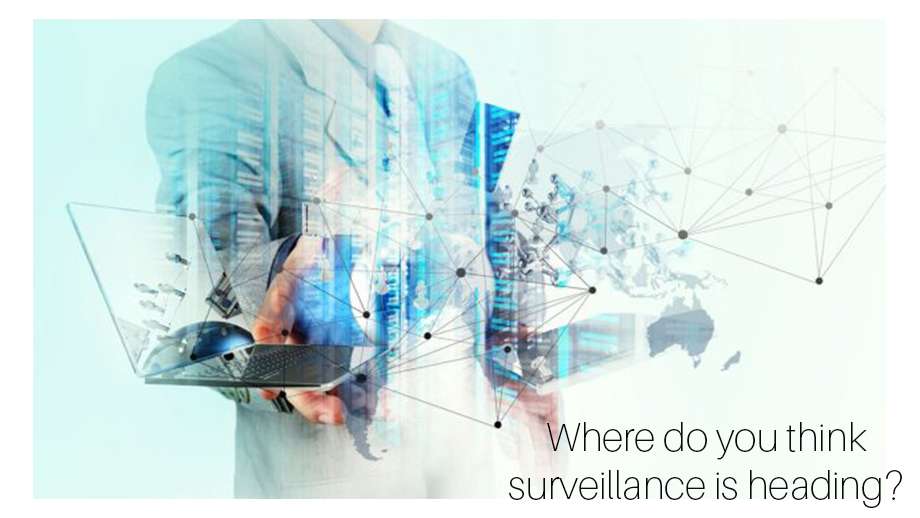 Where Do You Think Surveillance is Heading?

Marketing and Communications Director for Pelco by Schneider Electric

You know the question, do you want the good news or the bad news first? Well, let’s start with the good news. Surveillance solutions are rapidly changing for the better. The technology is becoming more sophisticated due to significant advances in video and imaging capabilities and, above all else, deep learning and predictive analytics.

The benefits of this technological progress will be widespread: reductions in crime, fewer traffic accidents and quicker responses to medical emergencies, among other things.

But then there’s the bad news. These rapid advances have left many entities that depend on surveillance solutions scrambling to keep up with the times. Even many enterprises and governments that installed systems as recently as two years ago are missing out on critical features that have since become available.

In fact, a large percentage of entities are relying on surveillance solutions that are way behind the times. A recent survey we conducted of 489 end-users in the surveillance industry offers a sobering view on the matter:

Unsurprisingly, many users (33 percent) say that their biggest surveillance challenge is the fact that the technology they’re working with is out-of-date.

However, more users (36 percent) say that the biggest challenge is their ability to integrate disparate systems, such as video surveillance, entry points, time and attendance systems and other critical parts of their organization’s security infrastructure.

These two concerns heavily overlap. It is only due to relatively recent technological advancements that organizations can combine separate parts of their security infrastructure into one integrated, intelligent system. Many organizations that want to integrate their systems just can’t do it unless they invest in new technology.

Looking towards the future

As surveillance end-users look a few years ahead, their perception of their surveillance systems becomes even more pessimistic. Two-thirds of the users we surveyed say that they are not convinced that their current technology will be sufficient to address their organization’s needs by 2020.

Fortunately, however, people working in the surveillance industry aren’t confused about what they need to do to improve. The majority recognize predictive analytics as the key to upgrading their systems:

Analytics not only enhances the system, but it reduces the dependence on human capital for security, allowing the organization to become leaner and more flexible. The power of analytics explains why we turned to IBM, a recognized global leader in Artificial Intelligence, to form a technology alliance and come up with Pelco Analytics Powered by IBM. Announced during our attendance at ISC West 2018 in Las Vegas, the collaboration seamlessly integrates IBM’s deep learning analytics with our VMS, allowing organizations to leverage data from video footage to quickly identify and respond to potential risks or opportunities.

It’s not just about security

While the vast majority of surveillance end-users oversee systems aimed at keeping people or things safe, many of them also recognize that the technology that they use increasingly serve other business purposes.

Video has become a practical part of many different sections of business operations, primarily because the quality of the footage and the ease of retrieving it has so dramatically increased in recent years. For instance, retailers use video surveillance to assess the effectiveness of marketing programs on customers, while gaming facilities or stadiums use it to evaluate employee performance .

An impressive 54 percent of end-users say that their organization is already using video surveillance to make operational decisions. Similarly, 51 percent say that they expect the use of

video surveillance to expand to other departments in their organization, including operations or marketing, by 2020.

Based on what the survey results say about surveillance customers, here is our advice to surveillance integrators and providers:

A full solution provider, with confirmed testing and compatibility of system elements, is the lowest risk and most effective approach. End-users are looking for a solution that can integrate the disparate parts of their security infrastructure. For instance, Pelco’s VideoXpert Video Management System can connect to any camera that is within compliance with ONVIF.

Make sure to consider the non-security benefits. Liability reduction, marketing information, and operational efficiencies are all benefits that organizations can achieve by enhancing their surveillance solutions and help offset costs of a security system.

Even basic automation/analytics reduces the need for dedicated security monitoring and staff. Those who work in the surveillance industry are aware that analytics is the way of the future. It not only provides capabilities that round-the-clock security staff lacks, but it reduces the need to hire, train and employ large security teams. The efficiency gains and resulting savings should not be ignored in calculating a system’s future ROI.