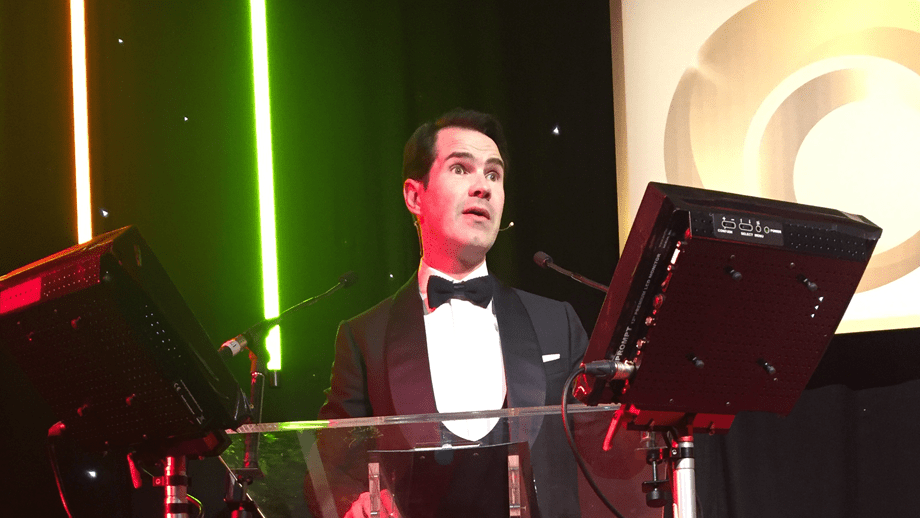 Recognising the achievements of the most innovative, reliable and cost-effective products, services and solutions spanning a wide range of fields across fire and security, the Security & Fire Excellence Awards are an annual highlight for the entire industry. Hosted this year by one of the UK’s biggest names in comedy Jimmy Carr, the stand-up comedian and host of 8 out of 10 Cats entertained the audience at the plush central London venue after a speech from IFSEC and FIREX event director Gerry Dunphy.

Among the winners were Schneider Electric, who triumphed in the CCTV System of the Year category with their Pelco range, while Cornerstone took home the gong for Security Consultant of the year.

Now in its 17th year, the event recognises the skill and often bravery of professionals whose play a role that can be life-saving and yet unsung, serving as the Oscars of the security and fire industries, it provides an opportunity for those working within these sectors to get together and celebrate.

Another highlight of the evening was an update from Simon Banks, Group Managing Director, CSL Dualcom, on the industry apprentice Scheme Engineers of Tomorrow, established and organised by CSL Dualcom. The Engineers of Tomorrow Competition, which takes place at IFSEC International, aims to recognise the best young engineers in the industry. For the first time in the history of the competition we saw joint winners crowned, with Jack Baker, Harrison Cooke, Bradley Gilmour and Brian O’Reilly from Kings Security sharing the spoils with Carlos and Bobby Dhunay from Telcam Security Systems.

Gerry Dunphy, Event Director- IFSEC & FIREX International said: “This year has once again seen some really fantastic and worthy winners from across a wide range of companies working within security and fire.  We really look forward to this event each year as it is a great opportunity to reflect on the year just gone and celebrate where the industry is heading whilst also a fantastic evening of networking with peers from across the many companies and associations working within fire and security.”

This year’s charity partners were the Ghana Education Trust and Suzy Lamplugh Trust. The Security & Fire Excellence Awards will take place in London in November 2016.