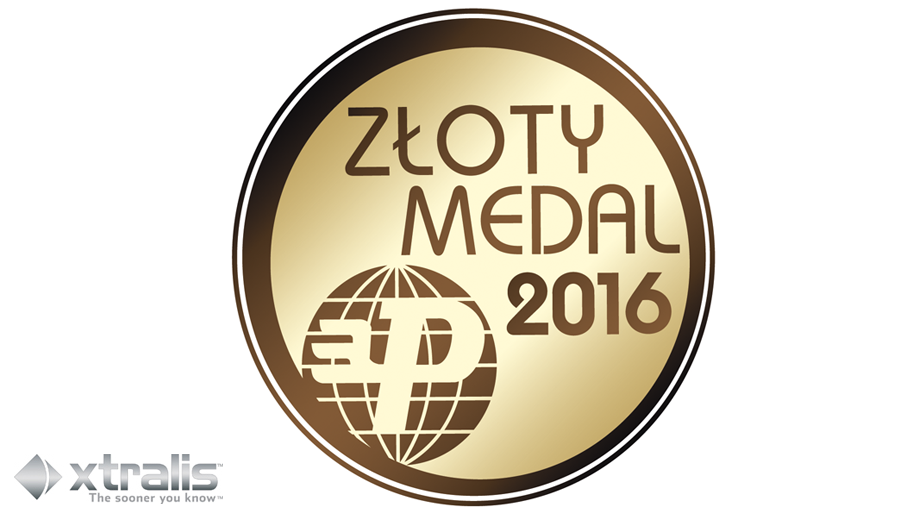 Xtralis announced today that the VESDA-E VEU aspirating smoke detector and ADPRO PRO-E 400H passive infrared (PIR) long-range detector have both won prestigious MTP Gold Medals, to be awarded at SECUREX 2016 International Security Exhibition on 25-28 April 2016 in Poznan, Poland. With these awards, Xtralis has won close to 50 honours in the few years from across the globe, unprecedented in the safety & security industry.  Recently, Xtralis IntrusionTrace video content analytic was named a finalist in the Intelligent Solutions category of the Benchmark Innovation Awards 2016, to be awarded in July 2016. Xtralis will be showcasing its safety and security solutions, including VESDA-E VEU and ADPRO PIRs, at ISC West, from April 6-8, 2016 at the Sands Expo Center in Las Vegas, NV. Xtralis will be located in Booth 35060.

The Miedzynarodowe Targi Poznanskie (MTP) Gold Medal is one of the most recognizable awards in the Polish & Central European markets, and is given to innovative products of the highest quality. Each year nearly 500 products start in the competition and are judged based upon innovation, functionality, design and total cost of ownership (TCO).  The expert jury consisted of representatives from the University of Technology in Poznań, Institute of Precision Mechanics in Warsaw, Polish Chamber of Alarm Systems PISA, Polish Association of Security, and Security Management Engineers and Technicians POLALARM. Gold Medal winners are eligible for a Consumer’s Choice Award, which is open for voting to the public. To vote, visit zlotymedal.mtp.pl/en/consumers_choice-voting/181/. Voting for the Consumer’s Choice Award ends 30 March 2016.

“We’re delighted to be awarded two prestigious MTP Gold Medals for Xtralis safety and security solutions,” commented Mick Goodfellow, VP of EU and Middle East Sales for Xtralis. “These influential awards are a true validation of Xtralis’ innovation, quality, and reliability in both life safety and security, and will help to raise awareness in Central European markets. VESDA-E VEU is clearly the new standard for smoke detection, and PRO-E PIRs deliver the superior perimeter protection over the longest range. Customers need these safety and security solutions today, and these Gold Medals are a mark of distinction which will help raise awareness about their benefits with customers,” added Goodfellow.

The ADPRO PRO E-400H PIR detector is the “flagship” of the Xtralis PIR family. With a nominal range of 220m, the detector is designed for one-man installation and features sophisticated 3D-tamper (pan/tilt/move) protection, IP connectivity, and wireless communication or even battery operation (in combination with renewable energy sources). To learn more visit www.xtralis.com/ADPRO_PRO_E_Detectors.